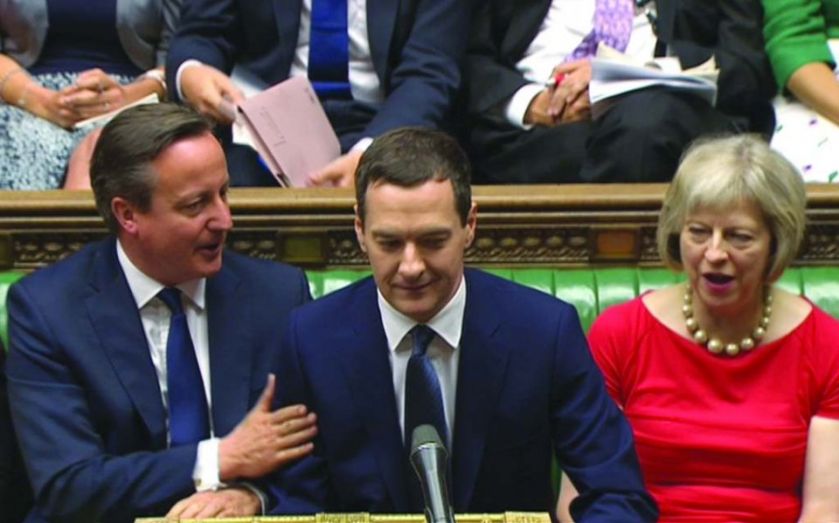 Chancellor pledges lowest corporation tax in the G20 – but casts punitive net over the UK’s small lenders Chancellor George Osborne ushered in a new tax regime for British banks yesterday, dialling down the controversial bank levy while introducing a new corporation tax surcharge for the entire lending industry. In a summer Budget that the chancellor said showed that “Britain is open for business,” Osborne said that he would gradually reduce the bank levy rate over the next six years from 0.21 per cent to 0.1 per cent, and stop applying the tariff on non-UK assets from 2021. But he added that in order to continue to raise revenues from banks, a new tax on the entire sector – including smaller “challenger banks” that are not subject to the bank levy – would go into effect next year. The so-called corporation tax surcharge will take an additional eight per cent of banks’ profits each year for the government, on top of existing corporation tax. Because Osborne also said that the government would cut the corporation tax rate from its current level of 20 per cent to 18 per cent by 2020, the new surcharge would amount to a net rise of six percentage points in banks’ corporation tax bills by the decade-end. Publicly-traded UK challenger banks suffered their worst day on record on the news, with Aldermore and Virgin Money closing down nearly 15 and nine per cent, respectively. “The pain heaped on larger banking groups over the last few years is now being redistributed across the entire sector,” said Tom Aston, a partner at KPMG. Investec’s Ian Gordon agreed, telling City A.M.: “The adverse treatment of challenger banks is surprising. The market didn’t see it coming.” The chancellor’s move is widely seen as a last-ditch attempt to woo the likes of HSBC and Standard Chartered, both of which said earlier this year that they were considering moving their headquarters overseas to avoid high taxes and excessive regulation. Both banks’ share prices spiked during the Budget speech yesterday, yet HSBC finished the day relatively flat and Standard Chartered closed down by 1.46 per cent. Treasury officials insisted yesterday that the changes would improve the banking sector’s competitiveness, saying that, despite the surcharge, UK banks would still be subject to the lowest corporation tax in the G7. But many industry leaders disagreed. British Bankers’ Association (BBA) chief executive Anthony Browne said that “introducing yet another new bank-specific tax will reinforce fears that Britain is becoming a less attractive place for banks to do business.” He added: “This is the fifth new bank specific tax measure in as many years following fast on the heels of the big rise in March and will increase banks’ tax burden by nearly £2bn.” A non-exec at one of the country’s largest banks said: “I understand the politics of it, but it’s not a well-thought-out policy. It looks like brinksmanship.” [custom id=”48″]