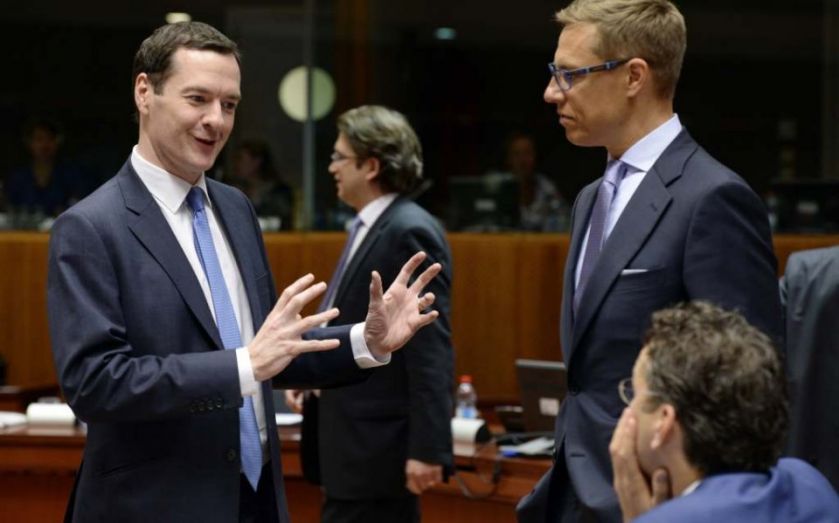 The Treasury is preparing to co-operate with Europe over a short-term loan to Greece – but only if the cash is guaranteed – in an embarrassing about-face for chancellor George Osborne who on Tuesday promised not to offer bailout funds to aid Athens.
A Treasury source said the European Commission was now proposing ways to specifically ring-fence the UK from any risk, and that the chancellor will accept the move – so long as British taxpayers’ cash is not “on the line”.
Osborne had recently said the idea was a “complete non-starter”.
The European Financial Stability Mechanism (EFSM), which the UK was promised would not be used for Eurozone bailouts, is funded by all EU countries. However, only 65 per cent of EU members have to agree for it to be used. European Commission vice president Valdis Dombrovskis said the use of pan-EU EFSM fund was “not an easy option, but neither are the other options”.
Raoul Ruparel of the think tank Open Europe said of Osborne: “He called it a non starter – well clearly it’s now started.” Ruparel added that the EU’s stance could fuel eurosceptic sentiment in Britain, just as Cameron prepares to renegotiate the UK’s relationship with Brussels. “This will feed concerns about Eurozone dominance in the EU,” he said.
David Cameron also antagonised Brussels by saying that the IMF “must be right” to claim that Greece needed debt written-off – against the current view of the Eurozone who are refusing to write-down any of Greece’s debt.
Share:
Tags: George Osborne Greek debt crisis People