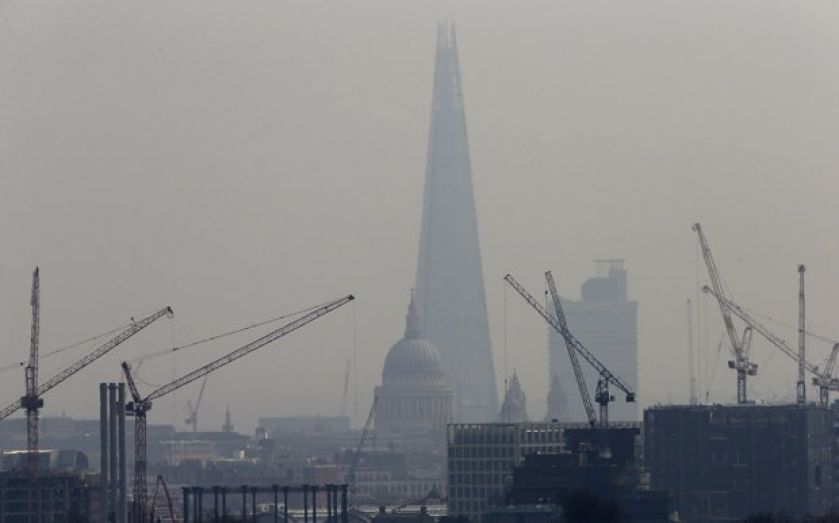 LONDON firms are at their most bullish in a quarter of a century, riding high as the UK’s economy recovery is buoyed by the capital, according to a major survey.

The London Chambers of Commerce and Industry (LCCI) reveals today that 66 per cent of firms expect turnover to rise in the year ahead, the most optimistic outlook since the quarterly surveys began in 1989. Only four per cent expect a drop in turnover or staff numbers, while a third expect to take on new staff in the year ahead.

However, the rapid recovery in the job market is placing fresh stresses on firms looking to hire, with more than half of firms struggling to find sufficiently skilled employees, rising to 64 per cent for professional managerial vacancies.

“This is a real vulnerability and is holding London back,” said LCCI chief executive Colin Stanbridge.

Another report indicates that the country’s big business leaders are becoming increasingly confident in the recovery, with Deloitte’s survey of chief financial officers (CFOs) recording risk appetite at its highest level in six and a half years.

Almost three quarters of CFOs told Deloitte that the first three months of 2014 have been a good time to take on more risk, up from 57 per cent three months ago, and twice as many as in the same period last year.

“Strong risk appetite, along with positive readings on hiring and capital spending, supports the view that a surge in corporate spending will become a major driver of the UK recovery,” said Deloitte chief economist Ian Stewart.

Expectations for capital spending for UK firms are also swelling to new highs, pushing past 2010 levels. Recent official statistics show that business investment rose by 8.7 per cent in 2013, but capital spending remains run down from pre-recession levels.