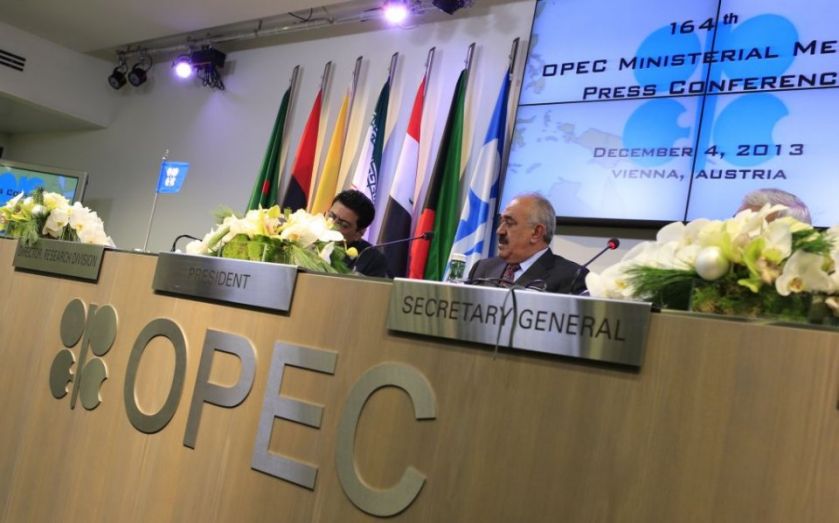 Opec and its oil-producing allies are unlikely to approve further cuts to production when they meet in December, according to Oman’s energy minister Mohammed bin Hamad al-Rumhy.

Speaking at a press conference in Abu Dhabi this morning, al Rumhy said that he expected the producers’ current deal to limit supply would probably be extended:

Read more: Opec chief optimistic for 2020 as oil price rises one per cent

“Extension probably, (deeper) cuts I think unlikely unless things happen in the next couple of weeks,” he said.

Since January the cartel, along with countries such as Russia, have enforced an agreement to reduce output by 1.2m barrels a day until March 2020.

This morning the chief executive of Lukoil, Russia’s second biggest supplier, said he too expected the deal to be extended.

A combination of low demand and a boom in US shale gas has driven oil prices down throughout the year.

Al Rumhy said that oil demand was improving due to an ongoing thaw in trade relations between the US and China.

Although oil prices fell this morning after President Trump downplayed talk of an imminent lifting of tariffs, al Rumhy was positive over the market’s prospects:

“All indications show things are getting better, the fear of recession, the signs of agreement between the U.S. and China are positive.”

On Saturday Trump said that talks with China were moving “very nicely” but that a deal would only be done if it was the right one for the US.

CMC Markets chief analyst Michael Hewson agreed, saying there is now “rising optimism that despite a series of false starts, we could be nearer to a significant thaw in US, China trade relations than we’ve been for quite some time.”

The minister also commented on ongoing geopolitical tensions in the region, saying that the way towards diffusing relations with Iran was through dialogue.

He added that it cost less to engage with Tehran diplomatically than it did to build up emergency stocks of crude oil.