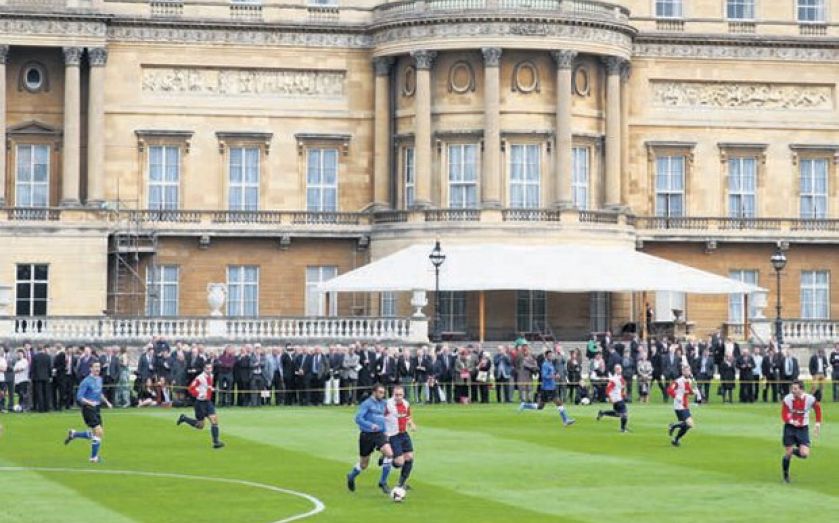 THE first ever official football match in the grounds of Buckingham Palace took place yesterday, to mark the Football Association’s 150th anniversary. The match was the brainchild of Prince Wiliam, the Duke of Cambridge – who is also president of the FA. He even took to the pitch to join players in the second half, warning them they could “answer to” his grandmother if they broke any windows. The match saw Polytechnic FC, founded in 1885, triumph 2-1 over local rivals Civil Service FC – the only surviving team from the 11 FA clubs that agreed the original rules of the game in 1863.