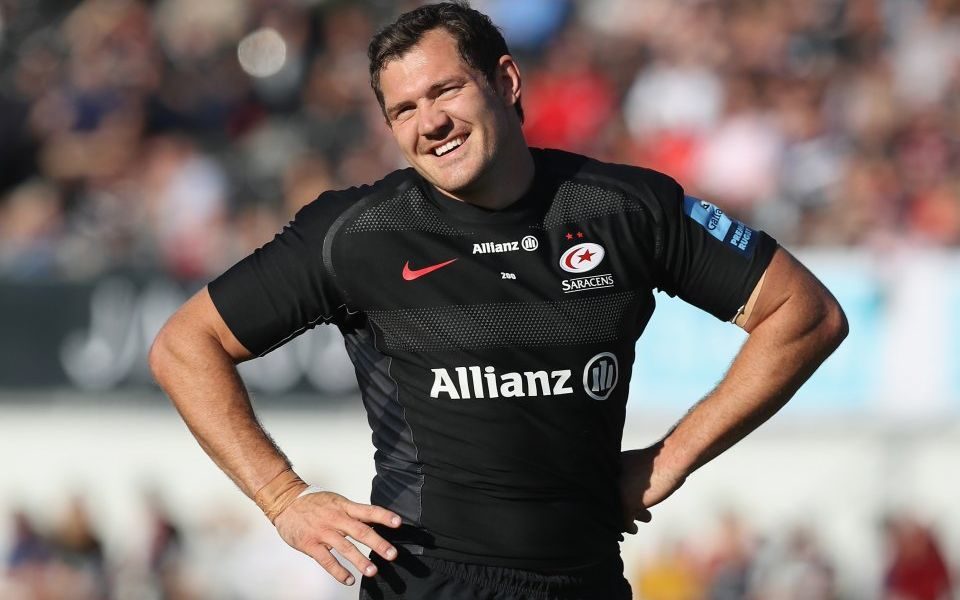 I find some of the messages coming from England coach Eddie Jones confusing.

He says he picks players on form and his side will be comprised of the best performing players from the Premiership. But if you look at the squad that simply isn’t the case.

Alex Goode has been brilliant for Saracens over a long period, helping them compete at the top of European rugby. He’s consistent, has every facet covered: he’s good under a high ball, has great footwork, a solid kicking game, can kick goals and is flexible in positions, so can slot into other creative roles.

The full-back is one of the most consistent and in-form players in the Premiership – and even in Europe – but still isn’t getting a sniff. Goode has 21 caps for England, but hasn’t played for nearly two years and hasn’t heard a word from Jones.

Has he done something to annoy Jones and burnt a bridge? If not then I simply can’t see a reason for his omission.

For me he’s England’s best full-back and one of the best in Europe. For him to not be considered makes a mockery of Jones’ statement of picking on form.

Mike Brown is a good player, but is ahead of him despite only just coming back from damaging his hand and has played very little rugby.

Goode isn’t the only one either. Exeter’s Don Armand has been in the squad but hasn’t been given a proper shot, winning just two caps – against Argentina last year and as a substitute in the defeat by Ireland in the Six Nations.

Similarly, Danny Cipriani was in the set-up before the season started and has performed well, winning September’s Premiership player of the month, but has also been left out.

Don Armand has been a key part of Exeter's rise in the Premiership, but has won just two England caps (Source: Getty)

Where is the consistency? It’s like if Jones were to ban alcohol in the team, only to have a glass of wine with his dinner. You lose respect by not following through with your convictions.

Now it seems like he’s decided on his core group and players on the fringe stand little chance of breaking through. People like Bath’s Joe Cokanasiga have been selected for squads, but does he really have a chance of getting a Test start?

The principle of playing for England is that you have to be the best in your position at that particular time. I don’t think that’s happening.

If the culture was right, would coaches be coming and going at such a rate? Would someone like Joe Marler be retiring in his prime?

Eddie Jones is under pressure with the World Cup now less than a year away (Source: Getty)

This autumn is absolutely pivotal for England with the World Cup approaching next year, but at the moment I wouldn’t be surprised if they didn’t make it out of their group.

I don’t know what Jones is trying to create. His closed shop approach in selection looks like a sign of staleness while contradicting his own statements is a bad look.

Jones may have over two years left on his contract, but I get the feeling he won’t be staying on beyond the World Cup in Japan this time next year, regardless of the result. He has a lot of work to do to prove me wrong.