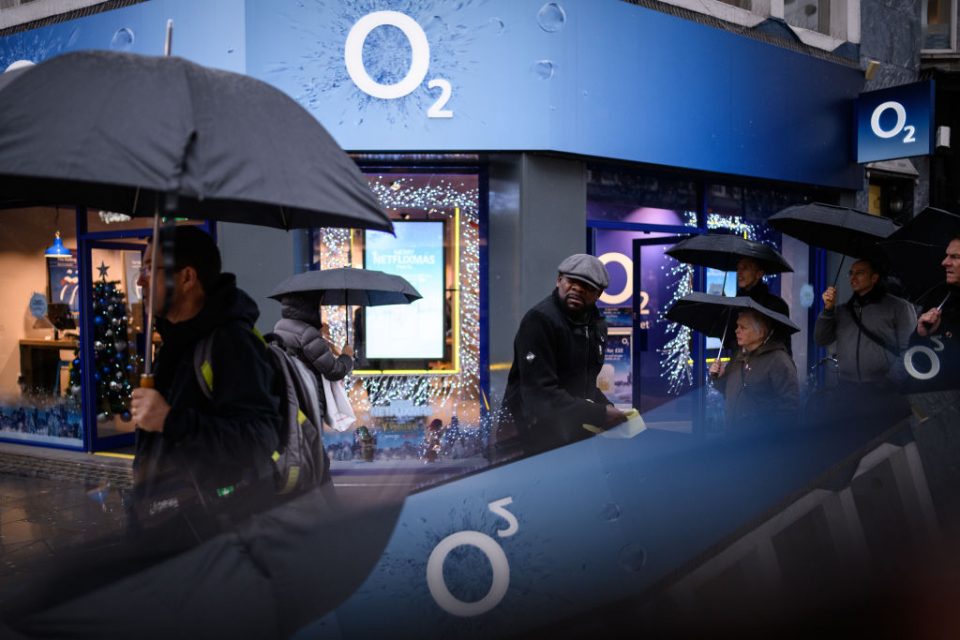 O2 has urged the regulator to change the conditions of its auction to ensure mobile companies can compete fairly and consumers have access to the highest-quality network.

Read more: O2 will launch 5G network in London and five other cities in October

In its response to an Ofcom consultation, parent company Telefonica raised concerns about the ability of operators such as Three to buy up small bands of spectrum, preventing rivals from acquiring larger, adjacent blocks.

Operators prefer to own contiguous blocks of spectrum, as this creates a more reliable service and faster download speeds.

Three has already bought 140MHz of 5G spectrum, including a 100MHz contiguous block, which it says will be at least twice as fast as other operators’ networks.

“Ofcom’s policies to date have favoured one operator, [Three], allowing it to establish a ‘kingmaker’ position,” O2 said.

The firm warned Three could try to extract “windfall gains” from rivals in return for moving its spectrum, or block other networks from gaining contiguous blocks by charging anti-competitive rent.

Ofcom has opened a consultation on whether it will implement new restrictions on its spectrum auction to help even out the spread of airwaves between different operators. The next auction round is set to take place in 2020.

In Three’s response, it welcomed Ofcom’s plans to introduce a negotiation stage after the auction, but warned operators should not be able to reach private deals with each other about how to split up the spectrum. Three declined to comment on O2’s response.

A source said O2 wanted Ofcom to “undo” the results of last year’s auction, adding that this was “not feasible”.

An Ofcom spokesperson said: “We’re releasing more airwaves to support the roll-out of 5G. We’ve also proposed new measures to make it easier for mobile companies to bring together their different blocks of spectrum, to help provide a better 5G service for customers.

“We are considering all responses to our consultation before making our final decisions later this year.”