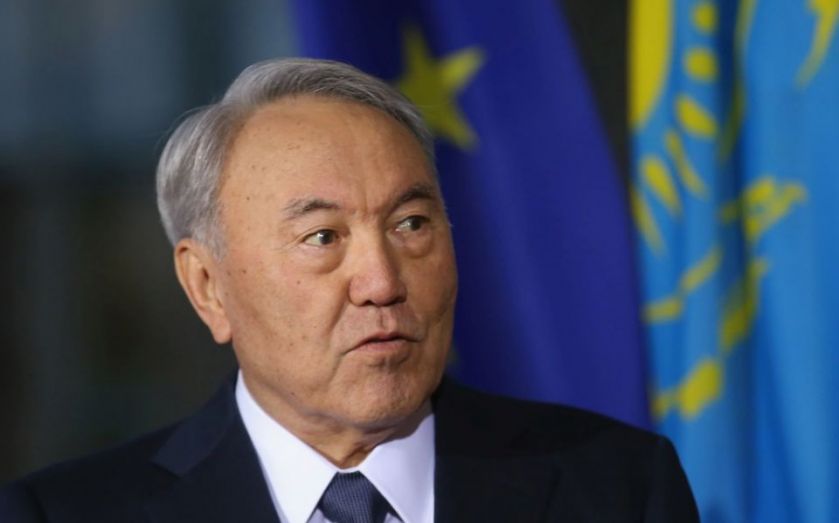 With everyone fixated on the negotiations over Iran’s nuclear programme, it is regrettable but perhaps understandable that the world has missed a crucial moment in the history of nuclear non-proliferation.
The International Atomic Energy Agency (IAEA), the government of Kazakhstan and a host of other international actors have agreed a deal to create the first truly international nuclear fuel bank, a move with huge potential for economic development and for nuclear non-proliferation.
After approving the idea in late 2010, the IAEA and Kazakhstan have agreed to set up a low enriched uranium (LEU) bank. It will be owned and operated by the IAEA, with Kazakhstan footing the daily operational costs.
Read more: Two cheers for Obama’s historic Iran nuclear deal
Donors whose contributions have been key to getting this idea off the ground have included Warren Buffett, who gave $50m through the Nuclear Threat Initiative, and the US, EU, Norway, Kuwait, UAE and the government of Kazakhstan.
The fuel bank is an attempt to overcome one of the central dilemmas of utilising nuclear technology: the historical risk states that those countries who enrich uranium for developmental purposes will be tempted to use this technology to create deadly nuclear weapons.
Under the arrangements for the planned fuel bank, countries will be able to draw on this reserve of LEU to fuel their nuclear power plants without having to develop enrichment capabilities of their own.
It’s an idea that has widespread support and currency – even Iran’s then president, Mahmoud Ahmadinejad, expressed his country’s backing for a fuel bank when visiting Kazakhstan in 2009.
Read more: Iran nuclear deal will result in a “nuclear holocaust”, says Donald Trump
The LEU bank also embodies the 1970 Nuclear Non-Proliferation Treaty’s vision of promoting global cooperation in the peaceful uses of nuclear energy.
The potential implications for global development are really quite significant.
As well as ensuring a stable and predictable contingency plan for countries whose supply of nuclear fuel is disrupted, the LEU bank will provide access to fuel for countries that have expressed a desire to diversify their energy producing capabilities.
As they embrace technology across all sectors, countries are also looking to move away from coal and other polluting methods of power generation enjoyed by advanced economies.
Further, the fuel bank has the potential to move the bar on the global debate about nuclear energy. Nuclear technology has moved forward and will continue to do so but, crucially, nuclear is here to stay.
It is time for the public debate around nuclear energy to move beyond the scare stories of the last century. As the economies of the emerging world continue to grow, more and more countries will naturally want to join the nuclear club.
This is partly due to prestige and ambition, but also because of the environmental awakening that we in the West – having secured our own industrial and economic development – are trying to impose on developing countries, some of which boast growth rates that are the envy of the West.
Why is Kazakhstan, a country often overlooked in the Western political imagination, home to such a significant initiative? Because its credentials on nuclear non-proliferation are second to none. Since the break-up of the Soviet Union, Kazakhstan has been a leader on the issue.
With several Soviet nuclear test sites within its borders, the effects of which are still felt today, the people of Kazakhstan have witnessed the ugly side of nuclear technology.
Under President Nursultan Nazarbayev, the country took the – at the time brave – decision to decommission and give up its nuclear arsenal under the Nunn-Lugar Programme.
Whether or not the fuel bank lives up to its full potential depends greatly on how far we in the West are willing to take advantage of Kazakhstan’s initiative.
Going beyond the usual rhetoric, the IAEA and the West – working closely with Russia – must ensure the success of the fuel bank, by actively encouraging countries to steer away from the path Iran chose to fulfil its nuclear ambitions.
Doing so will promote the use of nuclear fuel as an efficient and environmentally friendly means to economic development. It will also help make the world a safer place.