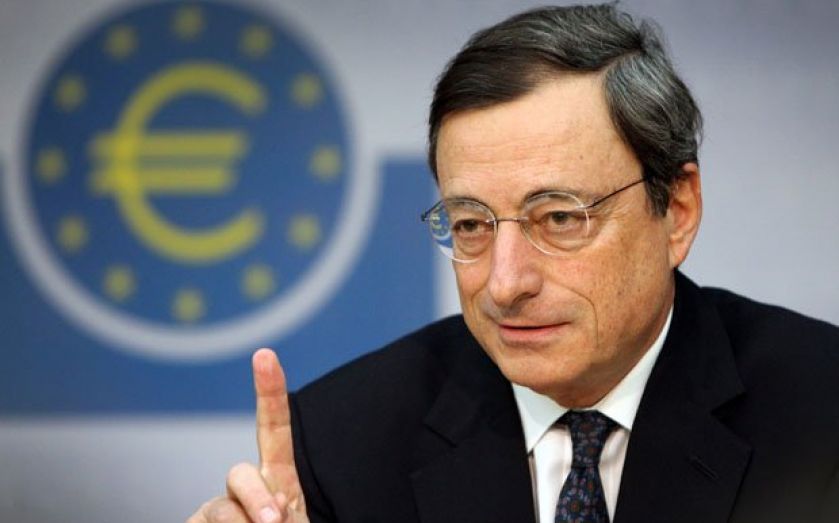 With the Eurozone’s feeble recovery grinding to a halt, and inflation dangerously close to zero, there is a clear case for the European Central Bank (ECB) to do all it can to stimulate the economy.

Policies announced in June to offer more liquidity to banks and encourage them to lend will have a modest effect at best, as banks remain risk averse and firms and households are reluctant to borrow.

The ECB should undertake large, widespread asset purchases to force borrowing costs down, boost confidence and encourage a sharper depreciation of the euro to help exporters.

The ECB’s persistent calls for structural reform may be correct, but the effects of such policies will take years if not decades to materialise.

In the meantime, fiscal austerity is crippling many of the region’s economies.

The Eurozone needs a strong boost to demand. If the ECB fails to act, it will rightly be remembered as the central bank that overlooked the region’s slide into a deflationary spiral.

Europe’s central bankers have broadly delivered what they are paid to do.

The European Central Bank (ECB) has come close to hitting its target, with average inflation slightly above target before the crisis, and at 1.7 per cent since.

The Bank of England’s efforts were thwarted by sterling depreciation, but inflation is back under control here.

Both central banks prevented a liquidity meltdown, and the ECB defused a vicious sovereign bond crisis by stepping up as the lender of resort in 2012.

Errors were made: the ECB could have nipped the bond market panic at the bud in 2010. More aggressive easing might have accelerated the recovery from the crisis since 2012.

But with 18 independent finance ministers facing them, Mario Draghi and co also had to get the incentives right.

By demanding reforms first before easing policy, the ECB triggered a wave of reform in the periphery and in Eurozone governance that could transform its long-term growth outlook.