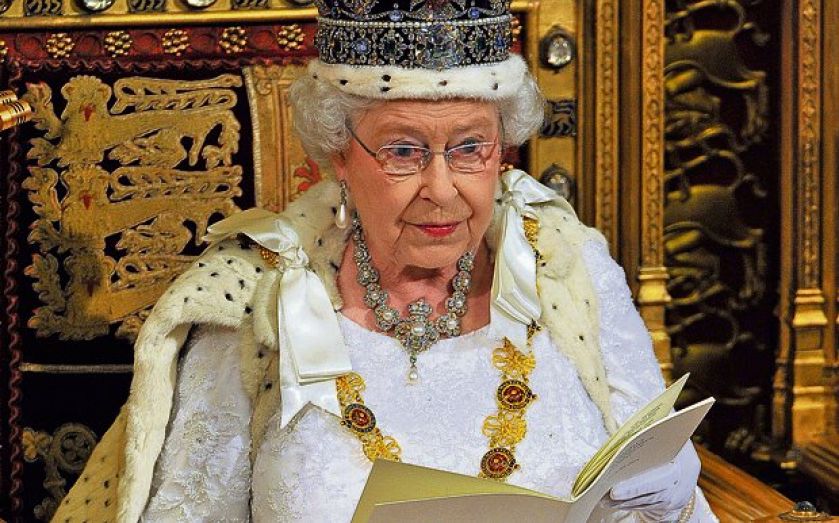 NOTHING baffles me more than the complaint that government isn’t doing enough. The accusation that coalition ministers have become zombies, walking around aimlessly with nothing to do, has energised those who feel that, if government slows down, life as we know it might well collapse. The notion that creativity, social progress and economic growth will fall off the rails without the steadying hand of the state is depressing. Governing, after all, is about more than passing laws.

Set against the grandeur and ceremony of the State Opening of Parliament, there is an expectation that the Queen’s Speech will set out a bold and energising programme for government. Yesterday’s speech was more of a post script than a manifesto. This could be the reality of coalition politics, with a distinctive narrative squeezed out in the search for compromise, or it could be because much of the governing has already been done. Viewing yesterday’s speech in isolation could well leave an observer with the impression that ours is a government that tinkers, not one that leads. In reality, this was a Queen’s Speech designed to apply the finishing touches to what has been quite a radical few years of coalition government.

Much of the red meat was confirmation of what we already knew to be coming. No-one can now doubt the government’s commitment to domestic shale oil and gas, though one senses a frustration in their ranks that the energy revolution – which our research has shown could create 70,000 jobs and produce stark environmental benefits – isn’t coming quickly enough. Reforms to the planning and trespass laws will go some way towards unblocking the hold-up. Similarly, on pensions, the initial excitement with which the Budget’s announcement on pensions liberalisation was met just a few months ago may have died down, but we ought to recognise that a fresh dose of radicalism was served up yesterday, with the commitment to allow Dutch-style collective pension schemes.

The Small Business Bill contains plenty of good ideas, not least clamping down on the scourge of late payments. Anyone running a business will appreciate the difficulties caused by late payments and the havoc it can play with cash flow. What wasn’t mentioned, however, was a commitment from the government that it will get its own house in order. At the end of 2013, it topped the chart as the worst offending sector for failure to pay on time.

One particularly welcome move is putting regulatory reduction efforts on a statutory footing. This is a rather dry way of saying that future governments will be bound by law to consider (and publish) the regulatory burdens associated with new legislation. With a bit of luck, this will lead over time to more than a few “good ideas” being left on the cutting room floor. If it forces politicians (and their advisers) to come clean on the downside to their policies, so much the better.

However, we are disappointed that the government didn’t take the opportunity to introduce consultations on broad, authentic measures to simplify taxation for both businesses and individuals. This would have been an ideal component of the final year of this Parliament, and would have prompted debate in the run up to the party conferences and the General Election itself. Perhaps the reality of coalition politics is that no single party could use the Queen’s Speech to set out its purpose and philosophy. But in the absence of any legislative juggernauts, announcing an intention to consult on something as bold as the future of taxation would at least have injected some vision, without the need for any actual laws.

While I don’t share the disappointment of those who lament the lack of Bills announced, I can’t give the government full marks for restraint. After all, a plastic bag tax seems to be the policy getting the most cut-through in the shires, and I must confess to rolling my eyes when I heard the idea pass the lips of Her Majesty. In other areas, I felt I understood why the government was saying what it said, I just wish it would explain its thinking with a little more boldness.

For example, I’m delighted that the widespread misuse of exclusivity clauses will be stripped from the bulk of zero hours contracts. The value of such contracts is in their flexibility, and it makes no sense at all to restrict an individual’s right to find work elsewhere. But I would be even happier if the announcement came as part of a vision for a flexible and dynamic labour market, where people take ownership of their own labour.

Simon Walker is director general of the Institute of Directors.