Nick Clegg is wrong: English schools should have more freedom not less 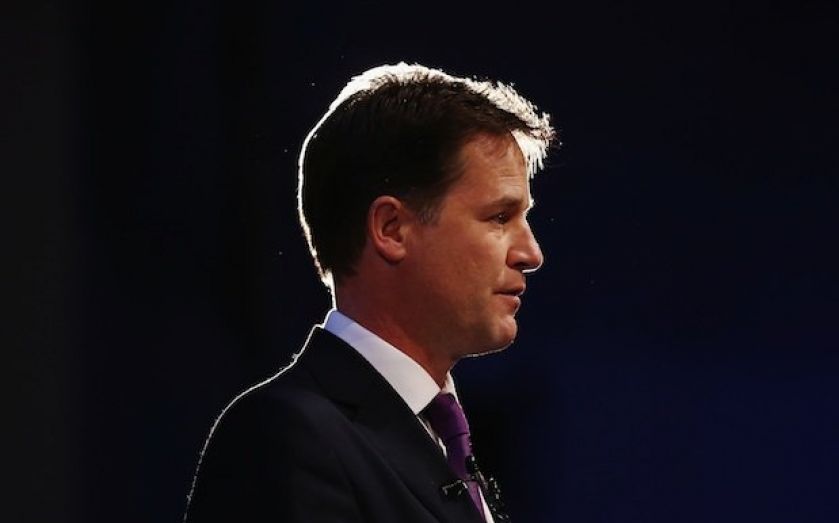 IN WHAT seemed like a surprise U-turn, deputy Prime Minister Nick Clegg has departed from previous coalition education policy, arguing that academies must hire officially-qualified teachers and follow the national curriculum. This shift isn’t too surprising, however. Clegg is repeating what was decided at the Liberal Democrats’ spring conference. But while this makes his announcement more understandable, it doesn’t make it less troubling. And troubling it is. Let’s begin with the teacher qualification requirement. According to Clegg, ensuring that teachers have undergone approved training “provides a certain basic quality standard”. This is certainly not backed up by research. Rigorous studies worldwide have time and again found that a qualification has no or very little impact on a teacher’s effectiveness. While there’s no doubt that teachers are crucial for pupil performance, we have little understanding of what makes them important. But it certainly doesn’t seem to be qualifications. This means Clegg’s proposal is likely to be harmful, as it strengthens barriers to entry in the state-funded sector – and thus acts as a hurdle for improving the overall teacher pool. For example, doing a Post Graduate Certificate in Education (PGCE) costs time and money, which may discourage perfectly good people from entering teaching in the first place. It may also encourage them to choose the independent sector, where they don’t have to be qualified. If we’re interested in improving standards in publicly-funded schools, where most disadvantaged pupils are educated, there’s no reason to strengthen this competitive advantage for independent schools. Turning to the national curriculum, Clegg’s ideas are peculiar, since current regulation already ensures that academies teach “a broad and balanced curriculum, including English, mathematics, science and religious education”. In other words, academies are forced to uphold basic standards rather than prescriptive guidelines. But what is wrong with that? Research by educational policy experts Eric Hanushek, Susanne Link, and Ludger Woessmann has found that giving schools autonomy over their curriculum raises pupil performance in the international Pisa tests (albeit only in developed countries). And as Hanushek has argued elsewhere, experience from US states shows that detailing more clearly what children should learn appears to do little to boost performance. Basic, broad standards make sense; detailed curricula do not. So what is needed to produce higher quality education? First, do the opposite of what Clegg suggests: extend the freedoms of academies to all publicly-funded schools. There’s no reason why local authorities should be forced to abide by rules that autonomous academies are not bound by. Yes, this means that all schools in England should be allowed to hire teachers without approved qualifications. Education isn’t like medicine, where there’s a best-practice approach in terms of what works and what doesn’t. In general, headteachers should be left alone in their hiring decisions. Since some research finds that teachers with specific subject knowledge can be more effective, there is a case for minimum – and I mean minimum – requirements in this respect. But this is better assessed via diagnostic assessments rather than through crude qualification requirements. State schools should also get more autonomy over the curriculum. But this may not be enough. Most academies still follow the national curriculum, despite being at liberty not to. This makes sense. If you’re held accountable to qualifications (like GCSEs) that are built around the national curriculum, you’re probably at a disadvantage if you don’t follow it. Liberalising the framework of qualifications more broadly may therefore be necessary to incentivise schools to raise education quality beyond what is currently allowed for. Another important step is to scale up the academies programme. Martin West and Ludger Woessmann, for example, have found that competition among autonomous schools produces better results in international surveys overall (the official Pisa report claims otherwise, but it suffers from methodological flaws due to its non-academic nature). Such competition also leads to significantly lower costs, so the overall efficiency gains are quite large. But these are just steps in the right direction. As I argue in my book, we need an incentive structure that drives quality upwards. In contrast to what the Liberal Democrats’ illiberal policy shift signals, the goal must be to produce a functioning education market in England – not to destroy whatever embryo of one that we already have. Gabriel Heller Sahlgren is director of research at the Centre for Market Reform of Education at the Institute of Economic Affairs. He is the author of Incentivising excellence: school choice and education quality.