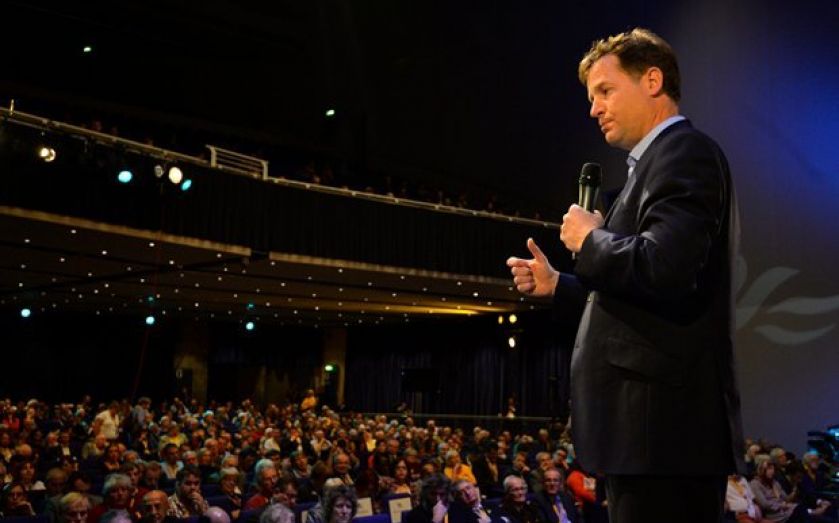 WHAT makes a popular policy that can capture the public imagination? Policy, like politics, is best when it provides a noble purpose. A fight against injustice. A sense of direction. Ideas brutally simple to understand. Take Margaret Thatcher’s “Right to Buy”. A noble purpose? Allowing council tenants to own their homes. A fight against injustice? Why should home ownership remain the preserve of the middle and upper classes? A sense of direction? “A property owning democracy”. A simple idea? Discounted council house sales.

For years, the Tories operated similarly on tax. Low tax was good, both for economic and moral reasons. Allowing people to keep the fruits of their own labour encouraged personal responsibility and independence. Plus, people spend their money better than the state. The Tories became the party committed to low taxes on income.

In recent years, however, the Lib Dems have stolen the Tories’ “tax cutting is moral” clothes. Admittedly, they are not committed to tax cuts across the board. They still agitate for dodgy ideas like mansion taxes, capital gains tax hikes and one-off wealth grabs. Some even want the 50p top rate of income tax reinstalled. Yet on the crucial current issue of easing the living standards of the low paid, Nick Clegg is making all the running.

In 2010, the Lib Dem manifesto committed to raising the income tax personal allowance to £10,000 and to freeing “3.6m low earners and pensioners” from tax complexity. The Tories said “too expensive” – yet it’s now being delivered. Now Clegg wants to go further: taking someone working full-time on the minimum wage (£12,875 annually, assuming a 40 hour working week) out of income tax altogether. Noble? Helping the low paid. Fighting injustice? Taxing low incomes is wrong. Direction? Nobody earning below a “minimum” wage should pay income tax. Simple? Yes.

The Tories have been outflanked. Yet it didn’t have to be this way. Many had pressed for the party to adopt the idea. Lord Saatchi urged “Poor people! Stop paying tax!” in 2001, with a personal allowance of £10,000 (when it was even more meaningful). Rob Halfon MP, Charlie Elphicke MP and Lord Forsyth did so too. But the party never cottoned on, despite broad backbench support. Even now, some wade against its “expensiveness” or bizarrely say “everyone should contribute income tax,” a principle which doesn’t even operate now. Instead they thrash about for an inferior low pay policy, like higher statutory minimum wages, which harms the young and unskilled, or reintroducing the 10p income tax band, which would further complicate the tax system.

But there’s now an opportunity. Advocates of a “Living Wage” of £8.55 an hour in London and £7.45 outside suggest it’s about “affording people the opportunity to provide for themselves and their families”. Noble. Yet the Adam Smith Institute has shown that taking people out of all income tax and national insurance facilitates almost the same net income as a Living Wage, without the possible deleterious consequences for jobs.

This enables some differentiation. Left-wing campaigners want a Living Wage paid for by business and to keep a big state. Lib Dems want to free the poor from tax, by taxing others more. Only small state Tories, committed to more ambitious spending restraint, can embrace tax cuts without active redistribution or putting the burden on employers. Living Wage ends through Tory means. Low tax for all. It’s time Tories made the moral case.