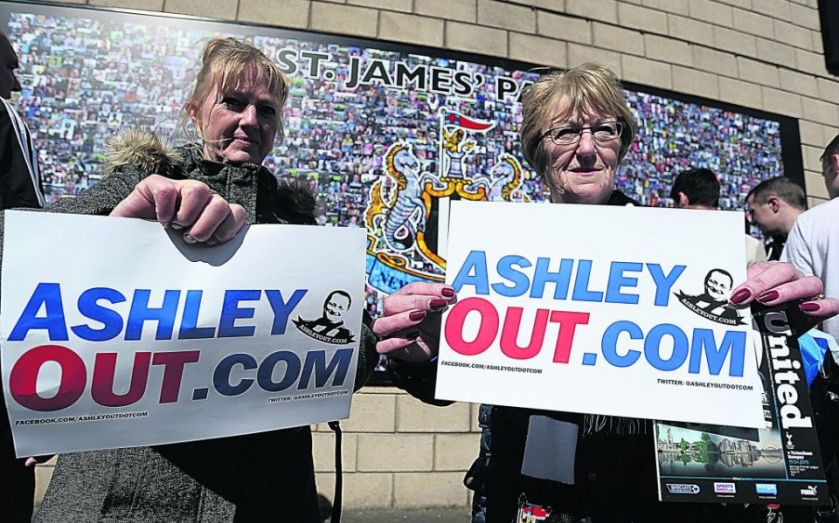 A group of Newcastle fans boycotted yesterday’s home match against Tottenham Hotspur in protest against current owner Mike Ashley, calling on him to leave. The plans were announced last week as strong negative sentiment towards the club’s ownership was compounded when it was revealed that United had more then £34.1m in cash reserves. Fans are frustrated with high-profile businessman Ashley – founder of Sports Direct – who is seen to have little ambition for on-field success and a preoccupation with profit. Growing frustrations have seen such protests grow in popularity. One boycotter told the Newcastle Chronicle: “Compared to a year ago when we did something similar I think there has been a massive swing in interest.” “The people turning down our fliers are in the minority, when last time we struggled to give them away. “I think the results the last couple of weeks have seen people who were on the fence jump across to our point of view. You can see it in the car parks and the town – it’s quiet for a match day. People who are boycotting simply haven’t travelled in.”