It was 12 years ago when a young, hungry driver bursting with talent took his first seat in Formula One. His name was Lewis Hamilton.

This season, as he goes in search of a sixth World Championship, there are two new British drivers – inspired by Hamilton’s generation – ready to make their own mark on the sport.

The addition of 19-year-old Lando Norris and George Russell, 21, adds further intrigue for British fans after a fallow period from the isles that produced Hamilton.

Read more: Alfa Romeo positive of being competitive upon return to Formula One

The 34-year-old has been the only Brit at the top end of the grid for some time, particularly following Jenson Button’s disappointing final two years with McLaren, before he retired in 2016.

There have been those who have tried but failed along the way, like Max Chilton, Will Stevens and Jolyon Palmer, but they all spent the majority of their time at the back of the pack and not one of them made it to a third season.

This time, however, there is more reason for optimism. Norris, 19, is from the same McLaren junior driver programme that produced Hamilton and he is set to become the youngest British driver in F1 history at this week’s season opener in Melbourne, overtaking Button, who debuted aged 20 in 2000.

Bristol-born Norris – whose father Adam made an estimated £200m fortune in financial services – was just eight years old when Hamilton made his debut in 2007 but will now compete alongside the man he has labelled an all-time great.

Sticking with the same team, Norris would win the 2017 Formula Three European Championship while also test-driving McLaren F1 cars. Then in 2018 he came second in the Formula Two Championship, behind fellow F1 debutant Russell. 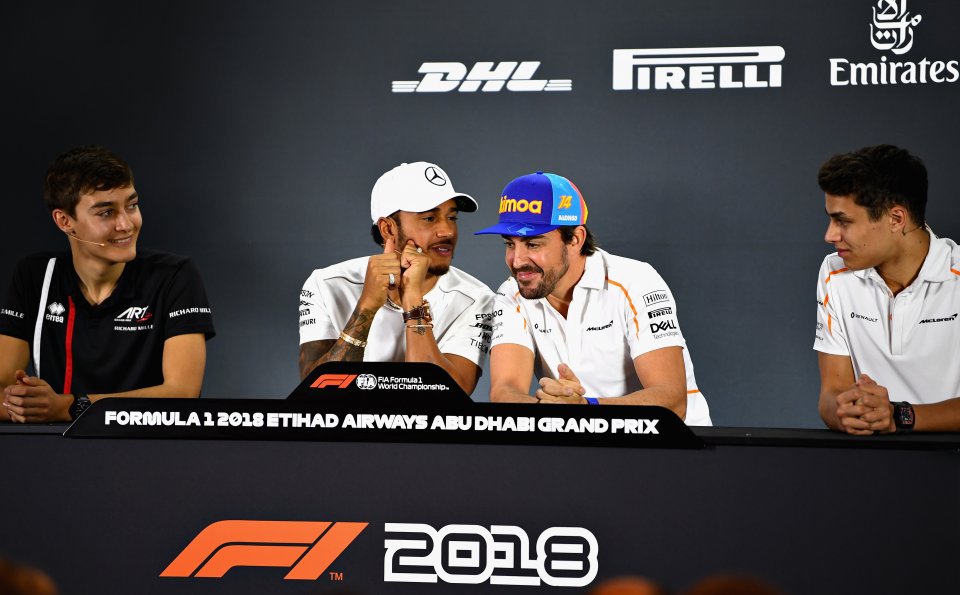 George Russell (left) and Lando Norris (right) sit either side of their heroes in Abu Dhabi last year (Source: Getty)

The reigning F2 champion, who will drive for Williams alongside Robert Kubica this season, has similarly impressive credentials, claiming the GP3 series title in 2017 along with last year’s F2 success, both with the ART Grand Prix team.

The 21-year-old is part of the Mercedes junior driver programme and has also test-driven for the former Force India team, now named Racing Point.

While Norris is the youngest Brit to race in F1, Russell will be one of the tallest. At 6ft 2in he towers above both Norris and Hamilton, who are 5ft 6in and 5ft 7in respectively. It means the Norfolk-born driver has to be mindful of his weight and careful with his diet.

His father, Steve, sold his peas and beans business to follow his son’s career around the globe along with Russell’s mother, Alison, a former hairdresser.

The pair will bring the number of British drivers on the grid to three, lifting it back above last season's unprecedented low of just one. 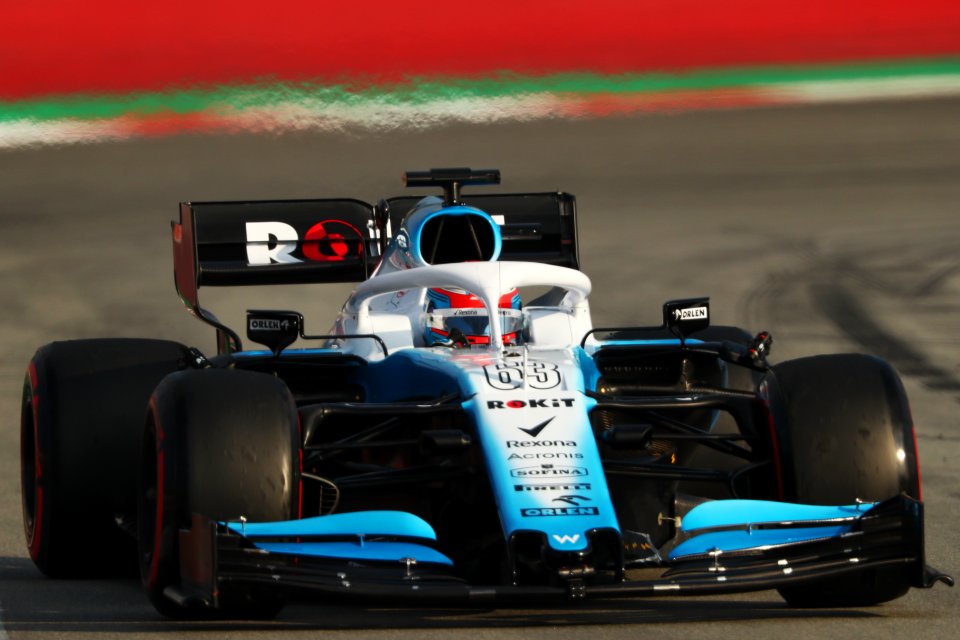 But as they look to best one another in what will likely be a mid-field scrap, a large factor will be how well their respective cars perform following recent disappointment for both teams.

McLaren have made vast changes to personnel on and off the track and are hoping for significant improvements to the aerodynamics of last year's car.

Norris will be partnered by Carlos Sainz, 24, while McLaren have also appointed James Key as technical director – set to join later this month – following on from the arrivals of sporting director Gil de Ferran and engineering chief Pat Fry in a widespread restructuring.

For Williams, there have been less drastic changes but pre-season did not immediately suggest they would better 2018’s last place finish in the constructors’ table when they arrived for testing two days late.

For both drivers, this season will be a learning experience and, as part of the Mercedes set-up, Russell has been around Hamilton and able to learn from his compatriot.

Norris, meanwhile, has been used to receiving advice from former McLaren driver Fernando Alonso, who last month took up an ambassadorial role that will see him test drive and provide advice to drivers and engineers.

As that once intense rivalry between Hamilton and Alonso – dating back to the Briton’s maiden season at McLaren – has drawn to a close, Norris and Russell could be about to open up the chapter on another.