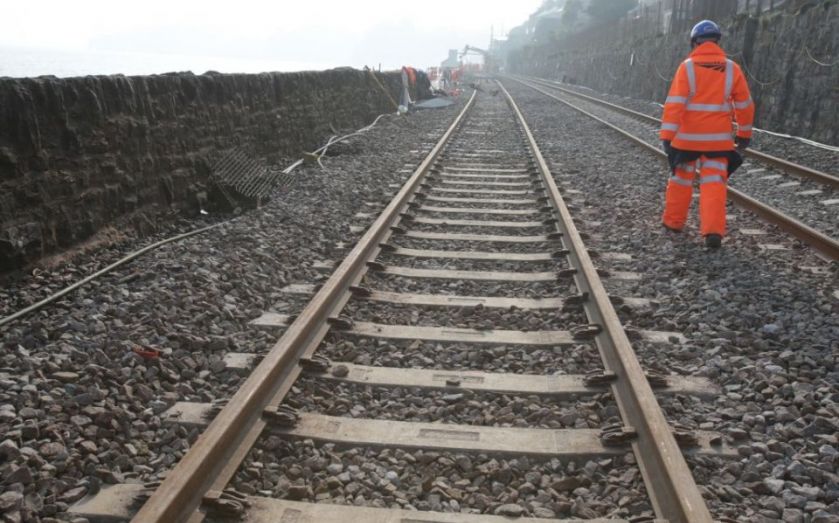 Network Rail has overspent and won't be able to deliver all the changes and upgrades it promised, transport secretary Patrick McLoughlin told the House of Commons today.
Read more: Network Rail privatisation to be discussed by government officials in order to shake off debt burden
The government’s proposed five-year £38.5bn investment plan to transform many of Britain's rail links is suffering a severe funding gap, and many of the projects will have to either be reduced or scrapped completely.
The body's chairman Richard Parry-Jones is also reportedly stepping down after three years in the role. He will be replaced by Sir Peter Hendy, who is currently commissioner of Transport for London.
“Important aspects of Network Rail’s investment programme are costing more and taking longer,” McLoughlin said. “All of these problems could and should have been foreseen by Network Rail.”
One of the biggest plans affected is the electrification of the Midland mainline linking Sheffield to London, previously described as “critical to maintaining a reliable railway”. McLoughlin confirmed this would be "paused" for the time being. The electrification of the TransPennine Express railway line between Manchester, Leeds and York is also being put on hold.
Chief executive Mark Calne, who has been in the role for one year, said he "welcomed the fact" that Peter Hendy was joining the team.

During my first year in the job I have looked closely at every aspect of our business and it has become clear that Network Rail signed up to highly ambitious five-year targets set by the regulator.
Based on historic improvements from a low base, we were overly optimistic about the capacity of our company and our supplier base to step up several gears in order to achieve the plan, especially given the complexities of a network that is at full capacity much of the time.

Read more: Network Rail chief Mark Carne turns down bonus after "unacceptable" engineering delays caused "misery" for passengers
Network Rail, which owns and operates most of the rail infrastructure in England, Scotland and Wales, has missed its targets and gone way over budget on a number of improvements it has already started working on, meaning there's less money left over to begin other plans.
Adding to the problem is the disruption caused by engineering works to services at London Bridge and Victoria stations.
At the start of June, the Office for Rail and Road Regulations released a report showing how Network Rail had missed more than a third of its targets since the programme began in April last year. This includes track renewals being seven per cent behind targets, signalling renewals 63 per cent behind and overhead line renewals 77 per cent behind.
Rhian Kelly, business environment director of CBI, said it was important for the government to give a signal about when the "much needed" investments would go ahead:

Given the complexity of large investments in railway projects, it’s understandable that things don’t always run to schedule.
However, delivery of these projects is critical to continuing the process of upgrading the UK’s rail network and providing a more efficient service for passengers.

Network Rail added, however, that it is investing "record amounts in our railway to ensure it remains fit for purpose", and that it currently has the "safest passenger network in Europe".
Share
Tags: Network Rail