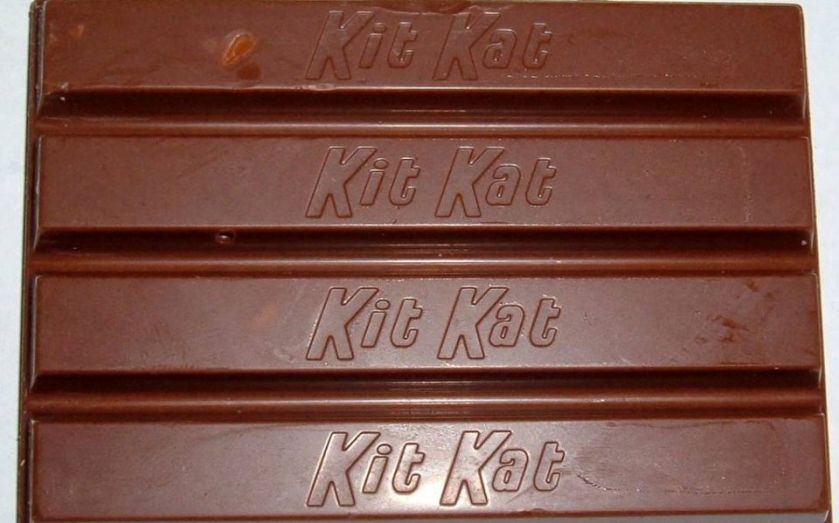 The European Court of Justice is not giving KitKat a break. If anything, it's giving the chocolate brand four fingers.

Nestle’s five-year battle to protect the shape of its KitKat chocolate bar has suffered another setback after European judges ruled that it did not merit a trademark.

The ECJ said that the four-finger shape alone was not exclusive enough for consumers to associate it with the chocolate bar. This is despite Nestle claiming that 90 per cent of consumers associate the brand with the shape.

Cadbury has long fought to prevent Nestle from obtaining the trademark, arguing that Nestle can’t apply for a trademark solely based on the shape, which is necessary to break the bar into fingers.

The Swiss confectioner may now have to face competition from copycat rivals making  chocolate bars in the same shape and size as the bars.

Geoff Steward, a partner at law firm Macfarlanes said:  "It now seems certain that, regardless of the fact that consumers associate the Kit Kat shape as exclusively identifying Nestlé goods, Nestlé will be precluded from registering the KitKat shape as a trade mark. This is because the snack's shape (specifically the grooves) is necessary to achieve a technical result of separating the fingers of the bar.

This decision is likely to intensify the rivalry between the two companies as it closely follows Nestlé's successful opposition to Cadbury's attempt to register the colour purple as a trade mark for its chocolate bars."