Nationalise plant if you want to save nuclear plans, Hitachi chairman tells government 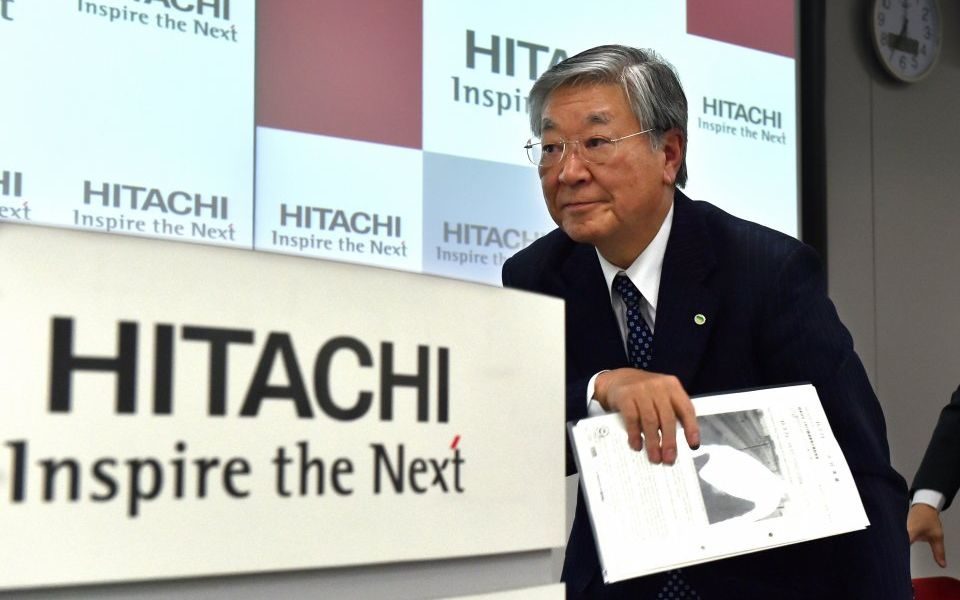 Hitachi’s nuclear plants in the UK will only go ahead if the government nationalises them, the chairman of the Japanese giant has said.

The shock statements at the World Economic Forum in Davos came just a week after Hitachi abandoned the £16bn Wylfa nuclear plant in north Wales.

“Nationalisation is the only path” Hiroaki Nakanishi told reporters on the sidelines of the conference, Nikkei reported.

However, the government would have to change the law before taking a majority stake in the venture to fill the hole left by the private sector, he said.

Nakanishi said the British government had been “very supportive” of Hitachi as it tried to get the Japanese company to change its mind.

However a £75 per megawatt guarantee — “generous” according to energy secretary Greg Clark — was not enough to persuade Hitachi to stick to its plans.

The Wylfa project was scrapped as pressure increased on the nuclear sector with renewables getting cheaper.

Earlier today the chief executive of SSE said Britain should forget nuclear and switch to windpower.

Writing in Politics Home, Alistair Phillips-Davies said wind will have the highest installed capacity of any technology in the UK by the end of the next decade.

“With the news that Hitachi has pulled out of the Wylfa project, the new nuclear programme looks in real trouble, and was due to come in well above the costs of offshore wind anyway. Nuclear has a role to play but even with substantial government support on offer I doubt its ability to deliver cost effectively in the 2020s,” he said.

“With onshore wind unfortunately unpopular with this Government that means offshore wind will need to do even more of the ‘heavy lifting’ to keep us on track with our climate change commitments.”