Mueller says 'not an option' to charge Trump over Russia inquiry 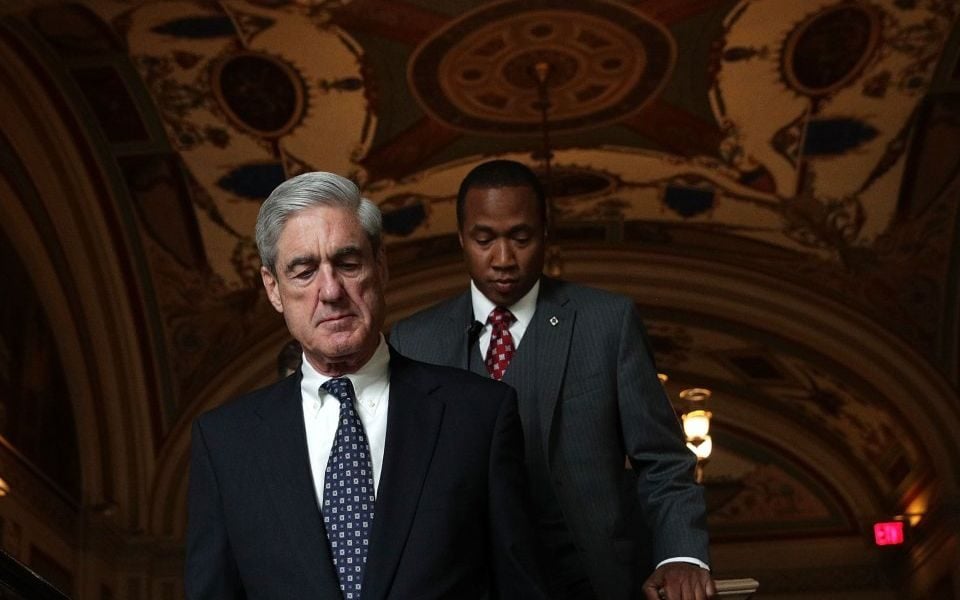 US special counsel Robert Mueller, the man at the helm of a two-year inquiry into Russian interference in the 2016 US presidential election, has resigned from office.

His statement marks the end of the inquiry, which also sparked concerns on the reported unconstitutionality of charging a sitting US president with a crime.

Mueller called Russia’s interference as “a concerted attack on our political system” in their attempt to “damage a presidential candidate”.

He added he was “formally closing the special counsel’s office”, as well as “resigning from the [US] Department of Justice (DoJ) to return to private life”.

Despite having already brought charges against 37 defendants, including six Trump associates, Muller said charging US President Donald Trump with a crime was not an option, adding: “If we had confidence that the President had committed a crime, we would have said so."

The special counsel also explained that a president “cannot be charged with a federal crime while he is in office", as that would be “unconstitutional”.

“Even if the charge is kept under seal and hidden from public view, that, too, is prohibited,” he said.

Today’s statement represents Mueller’s first and last statement since having been appointed as special counsel in 2017.

The investigation led to the production of a 448-page report last month, after which Trump said he would block all subpoenas with regards to the case – a decision that had pushed some Democrats and one Republican to call for the President’s impeachment.

President Trump announced last week that he would confer special powers to attorney general WIlliam Barr in order to investigate further on the origins of the Russia investigation and declassify documents from the US intelligence agencies.

Press secretary Sarah Sanders declined to comment on whether the White House was aware in advance of Mueller’s statement.

Trump later tweeted: "Nothing changes from the Mueller Report. There was insufficient evidence and therefore, in our Country, a person is innocent. The case is closed! Thank you."

Nothing changes from the Mueller Report. There was insufficient evidence and therefore, in our Country, a person is innocent. The case is closed! Thank you.