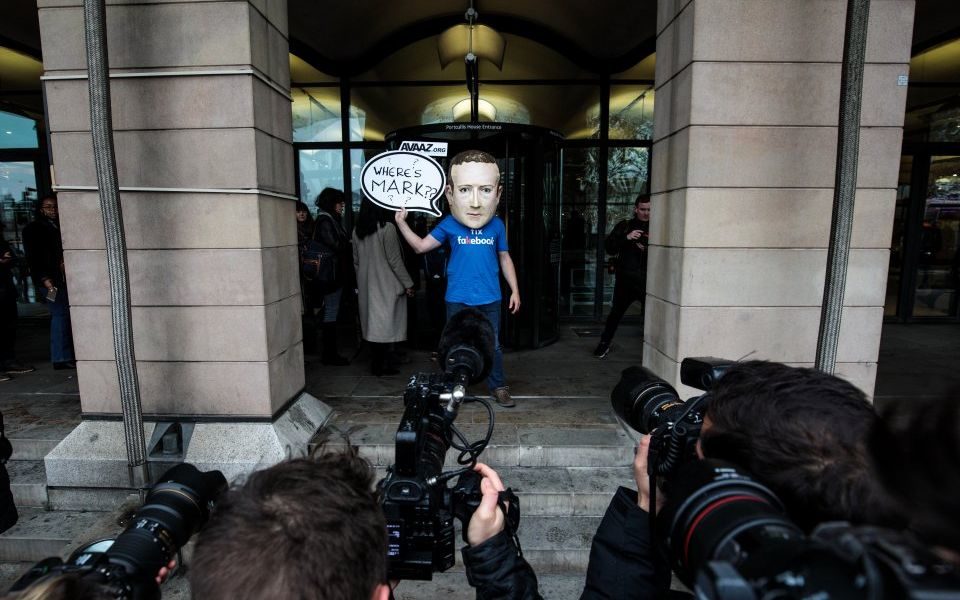 Lawmakers have criticised Facebook founder Mark Zuckerberg for not appearing in a hearing today, which accused the social media platform of undermining international parliaments and regulators.

A grand committee consisting of representatives from several countries including the UK, Canada, France and Belgium met in Westminster today, convened by the Department for Culture, Media and Sport Select Committee, to question Facebook policy head Lord Richard Allan.

Topics discussed included Facebook's role in possible interference in the Brexit referendum and 2016 US presidential elections, its privacy policies and future regulation of the social media site.

Zuckerberg's absence from the hearing, having turned down several invitations to appear before the international committee, was noted by an empty chair with Allan answering questions in his stead.

One question: where is Mark Zuckerberg? pic.twitter.com/BK3KrKvQf3

"We've never seen anything quite like Facebook, where, while we were playing on our phones and apps, our democratic institutions… seem to have been upended by frat-boy billionaires from California," Canadian minister Charlie Angus said.

"So Mr Zuckerberg's decision not to appear here at Westminster to me speaks volumes."

Allan, who is also a Liberal Democrat peer, admitted to the committee that Zuckerberg's decision not to appear was "not great".

Committee chair Damian Collins said he would not release sensitive Facebook documents today that his office had obtained earlier this week as he was not in a position to do so, despite holding such powers under parliamentary privilege.

Responding to queries by MP Rebecca Pow on why Facebook chose to appeal its recent fine from the UK's data watchdog over its role in the Cambridge Analytica scandal, Allan welcomed committee proposals for Facebook to operate under new regulatory frameworks.

If achieved, he said Facebook "can stop being in this confrontational mode, frankly because it doesn't serve us or our users well".

"Let's try and get to the right place where you agree that we are doing a good enough job, and you have powers to hold us to account if we’re not, and we understand what the job is we need to do," he added.

The watchdog's head Elizabeth Denham, who also faced questions from the committee, said Facebook had failed "basic data protection 101" in sharing its users information with app developers without their informed consent.

"At the end of the day, I’m really disappointed that one of the most innovative companies in the world… have not replicated their innovation in ways that protect people’s privacy online," said Denham.

"We found there wasn't consent, there wasn't meaningful notice… and [consent given in] terms of service can't trump the law."