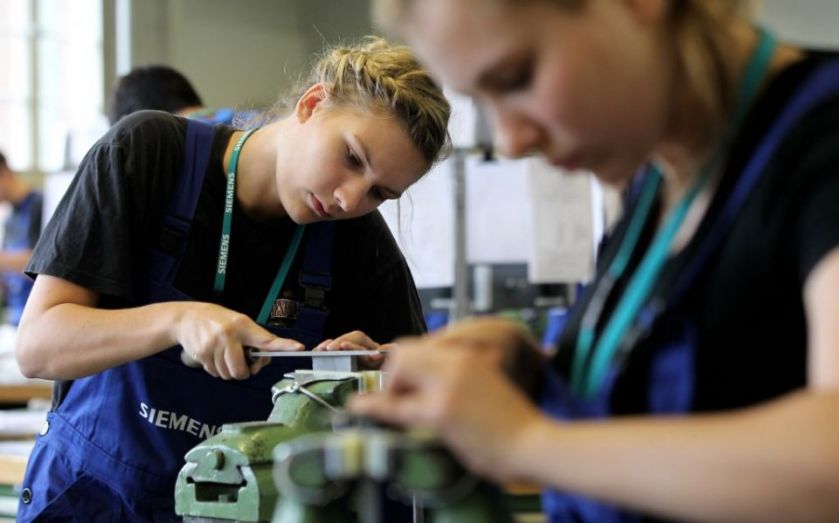 Why are there fewer women in science, technology, maths and engineering careers than men? It could be because girls decide at a young age that they're not capable of doing them, according to new research by Accenture.
By carrying out a survey on girls aged 12 in the UK, they found that 60 per cent are put off by STEM subjects because they think they are “too difficult to learn”, while 47 per cent thought they were a better match for boys' brains and personalities.
Read more: There are eight times as many men as women trying to get into engineering
On top of this, over three quarters of the girls said they felt there was a lack of high-profile role models in the science and technology sector – something the researchers believe is contributing to young women's negative perception of the industry.
Karen Price, chief executive of Tech Partnership, which encourages girls to be interested in technology, commented:

It’s important that girls understand that these subjects are as much for them as they are for boys. While a lot of fantastic work has been done to encourage women and girls to embrace STEM, females still only comprise a small percentage of the workforce in related industries.

The study also found that while girls ranked teachers and parents as their biggest influencers when making a decision about whether to pursue STEM subjects, over half of parents said they felt ill-informed on the benefits of STEM subjects, while 43 per cent of teachers said there was a definite perception that they were “boys only” subjects.
Read more: Fewer than one in five Silicon Roundabout tech companies are led by women
Emma McGuigan, UK managing director for Accenture Technology, said it was “worrying” that girls' interest tails off so early in their time at secondary school.

With such a small percentage of parents understanding what these subjects can offer their daughters, it is not surprising that girls become disconnected from STEM.
Our research suggests that while getting girls enthused about subjects like technology or engineering must start at home, encouragement needs to continue in early education, such as nursery and primary school, so that girls don’t conclude at a young age that maths and science are too difficult.