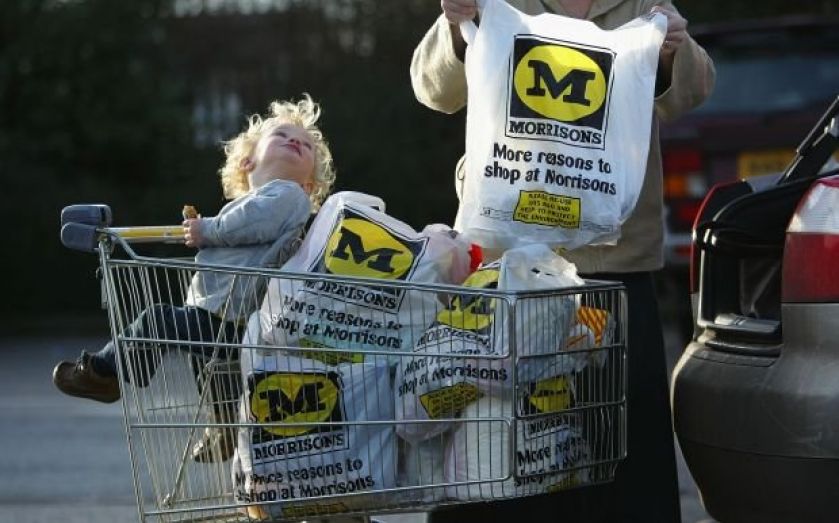 According to data from Kantar Worldpanel, Tesco’s sales declined by four per cent year-on-year in the 12 weeks to 17 August. This means its mar­ket share fell to 28.8 per cent from 30.2 per cent a year ago.

The fall was worse than the 3.8 per cent decline recorded in the 12 weeks to 20 July, as the retailer continued to lose out to rivals.

In contrast, its troubled peer Mor­risons showed signs that its turnaround plan was paying off.

Sales fell by 1.9 per cent, an improvement on the 3.8 per cent decline reported in the previous 12 week period and its best performance since January. However, its market share slipped from 11.3 to 11 per cent.

“The comeback of Morrisons is showing some sign of slightly slowing the large growth of the discounters,” Bern­stein’s retail analyst Bruno Monteyne said.

Sales at Aldi rose by 29.5 per cent and by 18.3 per cent at Lidl, with both German discounters maintaining re­cord market shares of 4.8 per cent and 3.6 per cent respectively. This was helped by half of UK households shopping at either outlet in the past 12 weeks, Kantar said.

Waitrose was another strong performer, with sales up 3.6 per cent.

Meanwhile Sainsbury’s saw sales rise 0.3 per cent, though its market share fell slightly from 16.5 per cent to 16.4 per cent. This was behind the overall UK grocery market growth, which fell to 0.8 per cent in the period as consumers continued to find ways of saving money.

Market growth was also impacted by grocery price inflation falling for the 11th consecutive period, standing at 0.2 per cent, the lowest level since Kantar’s records began in 2006.