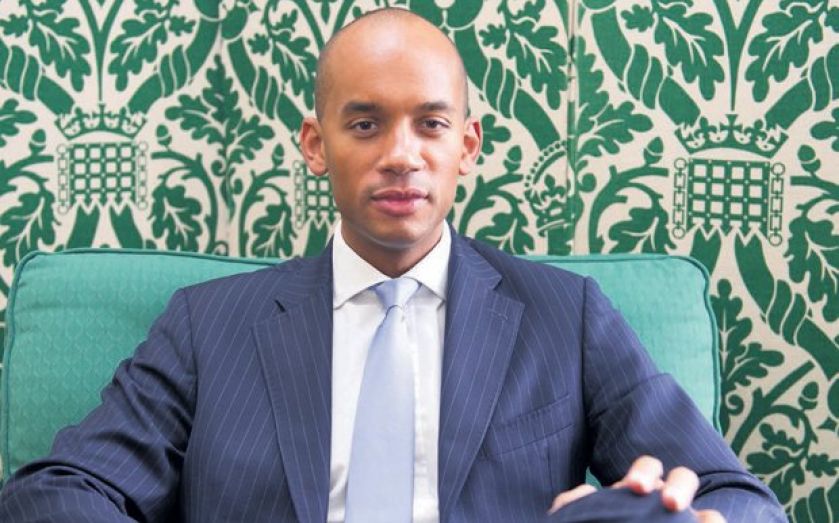 The shadow business secretary has been hailed as his party’s next big thing so many times the joke is starting to wear a little thin. Chuka Umunna scoffs at the suggestion that shadow chancellor Ed Balls could be shuffled out before the general election, making way for him to step up. “There will be no last-minute changes,” he says of Labour’s election line-up, “we are more united than the party has been in a generation.”

Umunna’s frustration at rumours about tension in the ranks is palpable when he discusses the way leader Ed Miliband is perceived by the general public. “It angers me that he is so often dismissed. People who know him think Ed’s a thoroughly decent guy and that’s not often something people say about politicians, yet it’s dismissed as if it doesn’t count for anything,” he says. “I think it does count.”

Miliband’s personal poll ratings have been consistently low, however, and Umunna concedes the party has work to do to win the general election next year. The groundwork for the campaign will be laid this week at the annual party conference in Manchester.

“In some respects that’s the easier stuff to do,” Umunna says. “The harder thing is how we ensure that all of our companies are equipped to compete on the world stage. We have to be far more active in the way we work with our industrial sectors, which is what they’ve been crying out for. We need a much more long term approach, but we also need to think about the nature of work that people are doing. Our ambition is for everyone to have good, fulfilling work that affords them a level of dignity, respect and security,” he says, hinting at a desire to see the agenda refocused not just on jobs, but good jobs that last longer than a few months. “That’s incredibly important,” he adds, leaning forward as he does.

Umunna will today announce an independent review into British exports, led by Graham Cole, chairman of Agusta Westland UK and former regional chairman of the Confederation of British Industry. Cole will make recommendations on how the government can boost exports, especially by small businesses. “If we want to grow our way out of the cost of living crisis, we need to help more firms to export,” Umunna says.

He has been criticised for travelling to America to meet his US counterparts, but speaks animatedly of the importance of working with governments around the world. Umunna’s recent visit to France sparked an interest in the federal style of government, a topical issue as his party battles with David Cameron over whether there should be English votes for English MPs in Westminster.

“The French only have 34 ministers, we have more than 80,” he says. “They have far less power exercised at the centre because they have powerful mayors and regional governments.” Would he like to cut the number of jobs at the top of British government? “I think that’s a decision for Prime Minister Miliband,” he quips, “but we can certainly have a leaner centre and more vibrant cities and regions.”

Umunna is a keen advocate of greater devolution to London in particular. He has in the past praised the role Boris Johnson plays in uniting the city, despite sharing virtually none of his political views. Johnson has called on the government to give London the power to raise its own taxes, would Umunna call for the same? “Everyone is dying for me to comment on this one,” he says laughing. “I would like to see London have more power? Yes, I want to see the mayor having more power. In principle the idea of giving more power to London is something I support.”

On Scotland and the opportunity for greater devolution in England, however, he is resolute. “I’m concerned that English votes for English MPs would create two tiers of MP in parliament, I don’t want that,” he says. “There is already a bus that is moving towards further devolution and a federal model. Not necessarily with an English parliament because the different regions of England have their own identities and are very proud of what and who they are. But I certainly think that there is a desire for more political and economic devolution in the cities and regions of England. I think that’s right and I support that. If you empower people who feel powerless then you give them more trust in our democracy.”

He speaks glowingly of Miliband, plays down rumours that he has ambitions beyond being a member of a future Labour cabinet and is very careful not to stray too far from the party line, despite his obvious desire for change. Yet at 35 years old the MP for Streatham is already on to a second very successful career, having spent nearly 10 years as an employment lawyer in the City. Has Westminster found in Umunna a politician unmoved by the prospect of serving as Prime Minister and quite frankly, a little tired of party politics?

“I’m not the most tribal of politicians,” Umunna admits. “I just want to be a member of a Labour cabinet.” Yet the twinkle in his eye suggests Umunna won’t stop there, whether he’ll admit it or not.