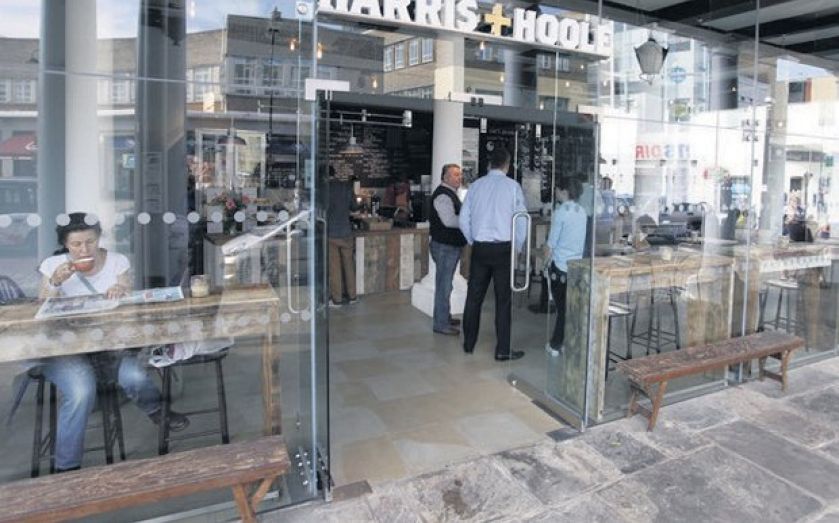 COFFEE chain Harris + Hoole, which is part-owned by troubled supermarket giant Tesco, announ­ced a £12.8m pre-tax loss yesterday on filing its annual accounts. The company, which was forced to close six branches earlier this year following disappointing trading figures, said the results represent a period of investment for the fledgling coffee business, and reported sales of £6.6m in the year to 23 February. Harris + Hoole opened 18 new stores over the course of the year, taking the total number to 30. Most are based in the south-east of England, with some inside Tesco superstores and others operating as stand-alone stories. In a statement yesterday, director and part-founder of the chain Nick Tolley said the business will seek to build on its model of high-end artisanal coffee in the year ahead, using its mobile app to encourage customer loyalty. The app, which was introduced in March this year, allows customers to pay for coffee via their phones in-store. Acknowledging the tough marketplace in which Harris + Hoole operates, Tolley added that the company is “well positioned to continue to grow sales and market share”. Earlier this year, Tolley said the company has the full backing of Tesco despite a tough year for the supermarket chain, following a shock £263m hole in its first-half profit report.