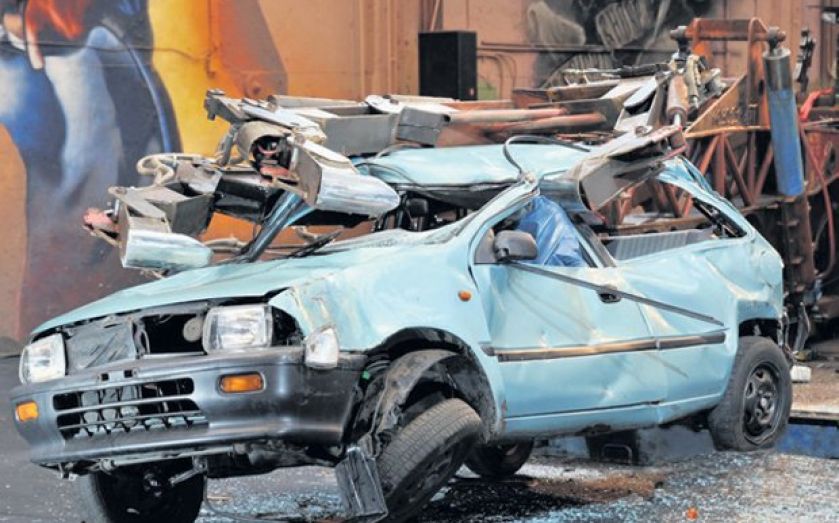 As far as publicity stunts go, MoneySuperMarket is getting a raft of attention at the moment with its Epic Car Insurance Car Crusher. The price comparison site is offering customers a chance to crush a real car with a giant metallic claw. The gigantic 6,000kg robotic hand crusher is available for 48 hours, until 9pm tonight.

Unfortunately, it doesn’t quite deliver as much punch as it promises though – the only buttons customers are pushing are on their computer, as the stunt is being run through Facebook and you watch it on screen.

Naturally, The Capitalist tried to go down to the site to get up a bit closer to the crusher, but unfortunately it isn’t in some East End dockland warehouse – it’s in Amsterdam. A bridge too far.