MUFG straight in at the charity football championships 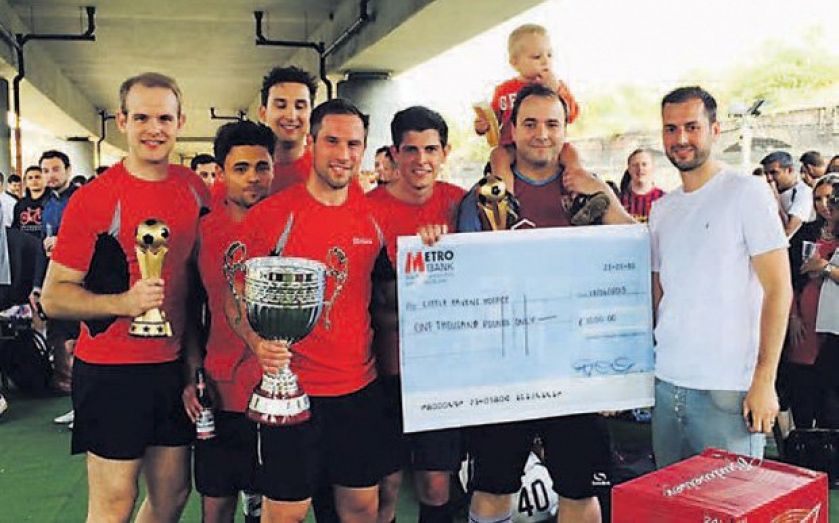 IT WAS all to play for yesterday at recruitment consultants Kennedy Pearce’s annual charity football competition, where over 25 FTSE 100 companies, including Sony Entertainment and Virgin Active, went head-to-head to raise £1,000 for the charity of their choice. Investment bank MUFG Securities wiped the floor with the independent merchant banking group Close Brothers in the final, beating them 5-1. Captained by their head of finance Jeremy Grinstead, the team claimed their winnings and donated them to Essex-based Little Havens Hopsice. Well played! ▀ It was always going to be a lively evening at this year’s Contrarian Awards, and last night did not disappoint, as MP Simon Danczuk follows in the footsteps of human rights lawyer and Guantanamo Bay campaigner Clive Stafford Smith to become the biggest contrarian of 2015. The prize-giving, started by banker, DJ and former MP Ali Miraj, celebrates public figures who go against the grain and speak out in times of adversity. Danczuk said: “There are so many people from all walks of life speaking out for others. It’s a delight to receive such recognition.” Contrarians shortlisted for the prize included activist-turned whistleblower Ed Hussain and long-time controversial politician George Galloway. ▀ Is living in the capital going out of style? That’s what Lloyds bank would have you believe, as a new survey reveals that aspiration millennials would much rather commute from Cambridge than settle in Southwark. Although 16 of the top 25 places for young professionals to buy were London boroughs, including Wimbledon and Fulham, they were beaten by the suburban idyls of Cambridge and West Bridgford. Sleepy and coastal town Hove also came top for where young professionals are buying, with Brighton in 5th place. Mortgages director at Lloyds bank Andy Hulme said that with a combination of beautiful scenery and average property prices being 38 per cent lower than London, “its easy to see the desirability of living there.” Indeed.