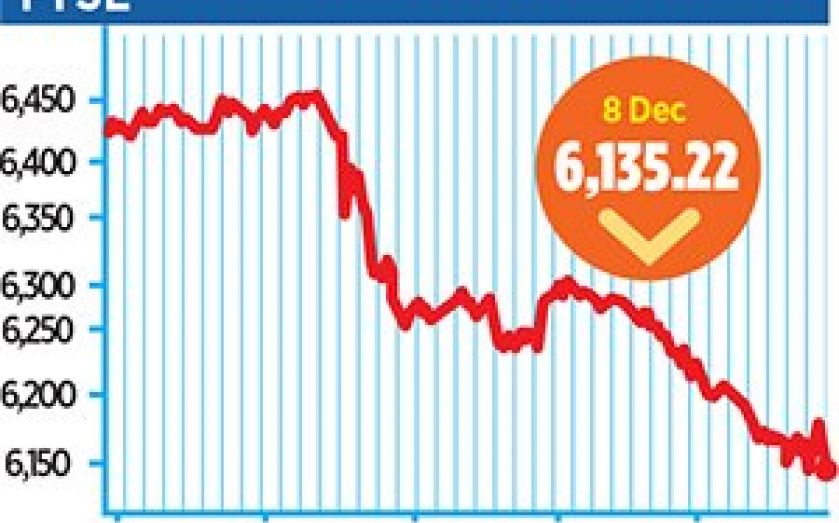 Glencore was down 6.92 per cent, while Antofagasta and BHP Billiton dropped 7.57 per cent and 5.54 per cent respectively.

“Once the world knew that Anglo-American was unlikely to pay any dividend for 2015-2016, the mining sector was put to the sword for the day. Anglo American at one point saw its share price down by 12 per cent but it settled down 10.6 per cent at 3.30pm. In the last year Anglo’s share price has fallen 74 per cent,” said David Buik, market watcher at Panmure Gordon in London.

Buik added that Rolls-Royce lost ground after a downgrade. The company’s share price fell 3.36 per cent to 590p on the announcement.

In the FTSE 250, Entertainment One saw its share price plummet by 20.12 per cent after a number of brokers expressed concerns.