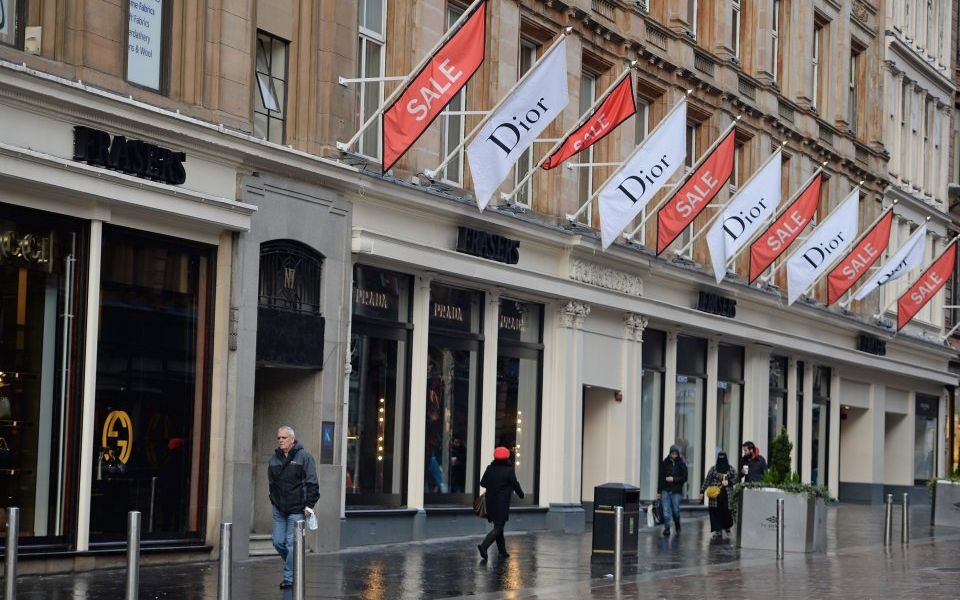 House of Fraser today paid £95m for the freehold to its iconic Glasgow building, promising to turn it into the “Harrods of the north”.

Owner Sports Direct bought the Frasers building from Glasgow City Council, promising to turn it into a destination for luxury shopping, with brands like Hermes, Christian Louboutin, Prada and Gucci already sold there.

The purchase secures the 800 in-store jobs at Glasgow’s 350,000 square feet store. It opened as the very first House of Fraser department store in 1849 under the name Arthur and Fraser.

It means Sports Direct owner Mike Ashley has paid more for the freehold to the historic building than the £90m he paid for the entire House of Fraser chain when he swooped in to save it from administration in August, on top of an existing 11 per cent stake he owned.

Michael Murray, Ashley’s future son-in-law, and head of elevation at House of Fraser, said: "We are overwhelmed and proud to own such an iconic destination. Acquiring the freehold enables us to elevate and invest in the store in order to partner with a broad range of luxury brands in future. This is fantastic news for all parties."

CBRE, which represented House of Fraser in the acquisition, claimed the move would benefit shopping on Glasgow’s busy Buchanan Street.

“This is a fantastic deal for Glasgow and Scotland. It is an iconic store and much of the success of Buchanan Street over the last 20 years has been built around having Frasers as an important anchor tenant for the street. This fully cements House of Fraser's intent to create a luxury department store business,” said the advisory firm’s head of retail for Scotland, Kevin Sims.

Glasgow City Council leader Susan Aitken added that the deal was a “clear vote of confidence” in the city.

“With the future of this iconic retailer’s Glasgow presence secured, we look forward to the new owners building on its cherished relationship with shoppers and reputation as a valued city employer for almost 170 years,” she said.