Michel Barnier: Backstop cannot be applied to whole of UK 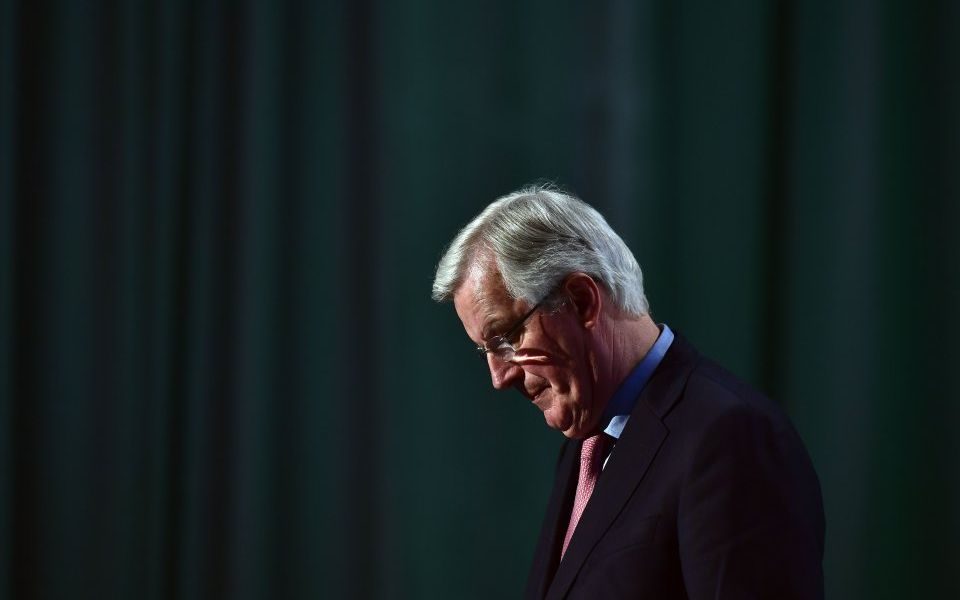 The EU's chief negotiator has rejected a major component of the UK's proposal around a temporary customs arrangement, saying it cannot apply to the whole of the UK.

But he also insisted that there be common rules across the island of Ireland.

Barnier's position means the likelihood of a border down the Irish sea – with Northern Ireland remaining in the customs union while the rest of the United Kingdom is outside it – has not gone away, despite UK Prime Minister Theresa May categorically rejecting it as unacceptable.

The alternative would be for regulatory alignment for the whole of the UK with the EU, possibly through some form of customs union or via an EFTA-EEA type agreement. Although there is a growing push for this within Westminster, the government has so far ruled this out.

He also suggested the time-limited nature of the agreement – a key factor in May getting approval from her Brexiter Cabinet ministers – might prevent Brussels from waving it through.

Barnier said: "The other issue is how temporary it would be – backstop means backstop… This has to be a backstop that provides a guarantee under all circumstances."

While he acknowledged the team was still working out a full response to the document, which was published yesterday afternoon some hours after it was expected, Barnier indicated that there would be no major breakthrough at the June European Council meeting later this month.

Read more: Get used to it: Another day of Brexit chaos in Westminster

Despite that, he said the Irish border question must be solved by the autumn.

Asked about comments made by foreign secretary Boris Johnson earlier this week, Barnier said he tried to remain calm, adding: "We respect the British red lines. It would be perhaps good if the British could respect their own red lines."

But if the UK were to adjust their red lines, the EU would adjust its offer.

And Brexit secretary David Davis' speech earlier this week also appears to have rattled his cage. Barnier said Brussels would not "be intimidated by this blame game", saying both sides needed "more trust, but also more realism about what is possible and what is not".

Read more: Ken Clarke: Pro-Brexit ministers should back Theresa May or resign

Following the speech a Downing Street spokesperson said: “The Prime Minster has been clear that we will never accept a customs border between Northern Ireland and the rest of the United Kingdom. We are also committed to maintaining the integrity of our own internal market. That position will not change. The Commission’s proposals did not achieve this, which is why we have put forward our own backstop solutions for customs.

“All parties must recall their commitment in the Joint Report to protect the Belfast Agreement in all its parts.

“Michel Barnier has confirmed today that discussions will now continue on our proposal.”