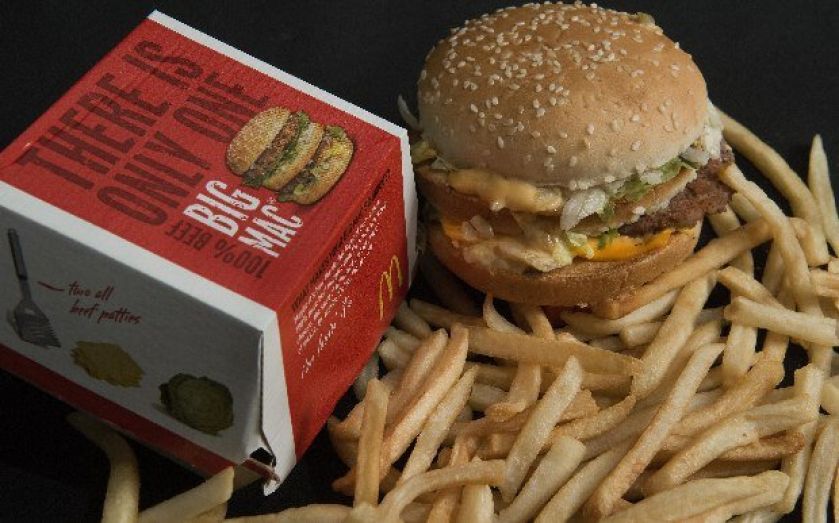 McDonald's shareholders were left with a sour taste today, as another disappointing earnings report sent shares in the hamburger chain tumbling by more than two per cent in early trading.

The fast-food giant said its profit for the second quarter fell one per cent in the three months to June, while same store sales dropped 1.5 per cent as guest traffic in the US, where the company gets 30 per cent of its revenue, failed to grow compared to the prior year.

Europe also registered a surprise slide for McDonald's. Same store sales fell one per cent, despite expectations for a 0.7 increase. This was partly down to poor quarterly performance in Germany, while the UK and France recorded solid sales and operating incomes results for the quarter, according to the company.

The restaurant recorded a second quarter profit of $1.39bn, $1.40 a share compared with $1.4bn, $1.38 a share last year. The reason that the per share figure is actually higher is because the firm's number of shares outstanding decreased. Analysts had actually forecast the company would make a profit of $1.44 a share.

At pixel time, shares in the New York-listed business were down 1.3 per cent.

The worry for McDonald's is that the situation is unlikely to improve any time soon. Coming during the same week when burrito chain Chipotle Mexican Grill announced a 17.3 per cent jump in same restaurant sales, the results struck a nerve at the hamburger giant.

Compared to its rivals, McDonald's seems to be unable to halt the slide. Relatively newer fast-food chains like Chipotle have taken the market by storm, as the chart below shows, while Burger King shares have surged this year and Yum 's Taco Bell has reportedly started eating into the lucrative US breakfast market that McDonald's had dominated for more than three decades.

The Illinois-based burger chain said today that expects full year global same store sales to be relatively similar to the lacklustre performance recorded in the first half of the year, as it does not foresee a significant change to the sector's "operating environment".

"To reignite momentum over the next 18 months, we’re focused on fortifying the foundational elements of our business by concentrating our efforts on compelling value, marketing and operations excellence to become a more relevant and trusted brand,” Don Thompson said.

"While near-term results are expected to remain muted, sizable growth opportunities remain, and we are committed to pursuing these opportunities through continuous improvement in everything we do – from the food we serve, to our engagement with our customers, to the management of our financial resources."

McDonald's has failed to adjust well to the increased competition it faces and the new items it added last year have reportedly been slowing down its in-store production line. So far in 2014, it has announced measures to speed up its kitchen, has given mascot Ronald McDonald a makeover to send him into social media and has openly acknowledged a need to improve its connection to customers.

For now, it does not look like shareholders are regaining their appetite for the stock.