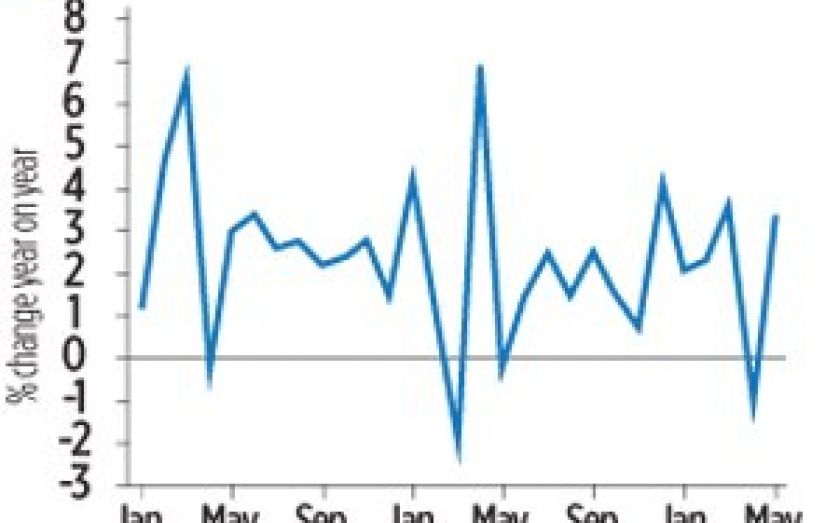 THE SUN came out for the British high street in May, as warmer weather gave a boost to the struggling shopping sector.Retail sales were up 1.3 per cent on a like-for-like annualised basis last month, bouncing back from a miserably rainy April in which like-for-likes had plummeted by 3.3 per cent compared to a year earlier.On an overall basis, sales rose 3.4 per cent in May compared to a year ago.“It’s likely the prolonged wet period [in April] helped create pent-up demand,” said Stephen Robertson of the British Retail Consortium (BRC), which released the data this morning.“People also felt more relaxed about their spending as the sun created a feel-good boost.”Skirts, swimwear and gardening equipment flew off the shelves towards the end of May, the BRC reported. “Womenswear had its best growth this year, while garden centres enjoyed a boom in the number of people investing in new lawnmowers to tackle overgrown grass.”Total sales, a measure that includes new shop floor space, rose by 3.4 per cent in May compared to May 2011.The surprisingly upbeat figures could help stave off a third quarter of technical economic contraction, said Howard Archer of IHS Global Insight.“The economy may still have a fighting chance,” he said. “Although it faces the significant handicap of the extra day’s public holiday resulting from the Queen’s Diamond Jubilee.”On a three-monthly measure, designed to iron out short-term fluctuations, retail sales were down 0.2 per cent according to the latest figures for March to May. Total sales on this measure were up 2.1 per cent, yet this remains below consumer price inflation for the period.