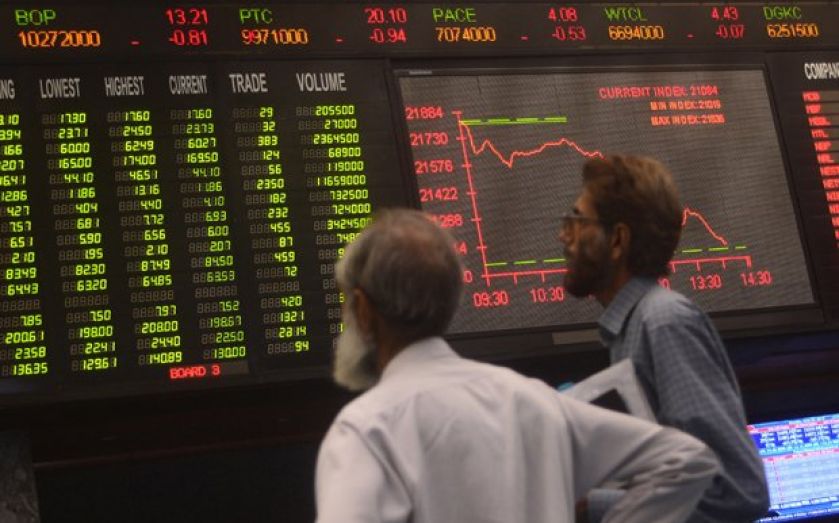 Israel tech firm Matomy yesterday became only the second firm to list on London’s new high-growth segment after resurrecting a listing plan from ear­lier this year.
The advertising technology comp­any, which shelved plans in March, priced shares at 227p and immediately saw a pop in informal trading, pushing shares up to 237p.
The Tel-Aviv-based company raised £41m from the listing, giving it a market capitalisation of £203m.
The high growth segment was laun­ched by the London Stock Exchange to attract fast growing tech firms to list in London with less onerous listing rules. However, it has so far has only attracted Matomy and online takeaway deliverer Just Eat to the list.
Matomy chief executive Ofer Druker said the group had originally shelved plans due to weakening sentiment towards tech stocks in March.
A technical rule meaning companies cannot list if under 25 per cent of the free float goes to non-European inv­estors also put the London listing plans on ice.
However, the high-growth segment rules allow firms to list with a 10 per cent free float of European investors, allowing Matomy – which has mainly Israeli backers – a chance to list shares.
The company will have a free float of about 20 per cent, putting it close to the 25 per cent needed for a main listing.
“We know that we had a very good company that is growing and profitable and we liked the idea of coming back to London so that’s what we did,” Druker told City A.M. “The idea is to increase the free float and increase the revenues and earnings of the company in order to go to main market.”
Matomy makes money by using ad­verts on the internet to help companies boost their businesses.
“It’s not about eyeballs and it’s not about clicks, it’s about pure results we generating for our clients,” he said.
Matomy originally put plans on hold in March after a glut of tech floats caused investor enthusiasm in the sector to wane.

Q&A: CAN LONDON COMPETE WITH US TECH?

Matomy chief executive Ofer Druker said of London: “It’s very hard to compete with somewhere that has such a big ecosystem.
“But I think that there are a lot of companies out there in Europe that are looking for additional places to build their businesses.
“London is a great place to do that because in many ways it’s in the centre of a lot of things that are happening.
“To me, London is a cosmopolitan city and it’s like merging a lot of ideas and technologies from all over the world.
“I think there is a good chance that if platforms like the high-growth segment are built, companies like us will come and build some of their activities in London.
“The amount of companies out there in Europe that are emerging is growing all the time and there is a good chance that it will develop in London – I don’t see why not. But people need to be patient. It’s not going to happen in one day.”