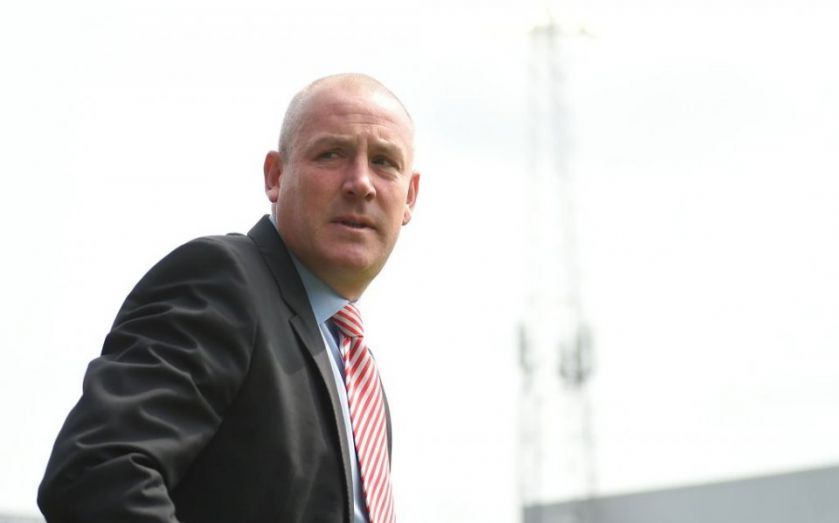 Rangers fans look set to start the new week with a new manager to support as reports suggest ex-Brentford boss Mark Warburton is on the verge of signing a contract with the Glasgow giants.

The one-time city trader will be assisted in the Ibrox dugout by former club captain David Weir, and will sign a three-year deal to work for new chairman Dave King.

Weir is already a well-known figure to fans of Rangers and Scottish football – but what about Warburton who is less than two years into his career as a first-team football manager?

As far as a football manager's CV goes, Warburton's stands out. The 52-year-old spent well over a decade on Square Mile, working on the fast-paced trading floors of firms such as Bank of America, RBS and AIG where he saw billions of pounds cross his desk every day.

Yet, as he detailed in an interview with City A.M., the skills learned in the city have been applicable in the dugout:

The dealing terms are very similar to dressing rooms, guys eager for success with rewards and bonuses. The stakes are high. If you do well, you do very well. If you don't, you lose your job. It's the same here.

So much can be taken from that world; the hunger, the work ethic, the unity and the incentivisation.

Warburton may be out of work, but unlike many of the other familiar faces who float from job to job in British football, it's hard to put that down to past failures. Warburton led Brentford to the second tier of English football for the first time in 21 years and almost repeated the trick by guiding the Bees to the play-offs in their first season back.

Billy Grant, a Brentford fan, reporter and podcaster who interviewed Warburton on numerous occasions on his Beesotted network, illustrates the appreciation supporters had for their departing manager even after a disappointing defeat to Middlesbrough in the play-offs.

Grant told City A.M.: "1,500 of us travelled up to Middlesbrough and it was one of the most depressing days out – but for the final 15 minutes everybody was singing and even the 'Boro fans said they had never seen anything like it.

"Everyone got behind the team because we were so proud and so delighted with Warburton, the football and the players. That depicts what Warburton gave to the team and gave to the fans."

He explains:"We thought we had an attacking manager under Uwe Rosler but he was sometimes risk-averse. Mark Warburton's definitely not risk-averse. When we played Fulham, we were 1-0, down came back to 1-1 against the run of play and then could have just locked it down and taken a point but instead he pulled on a couple of forwards and went for the win. We literally went for it and scored the winner in the 94th minute. That was our style of football."

Indeed that cavalier attitude and attractive style (for which Brentford become well known throughout the division) is borne out in the stats: Warburton's side scored 23 goals in the last 10 minutes of matches last season – four more than anyone else.

After former manager Rosler left for Wigan, Warburton, then sporting director of the West London club had a number of experienced and well-respected figures in the game to choose from to take the club forward. Yet when it came to recommending the best candidate to owner Matthew Benham he ignored all of them and chose another name: himself.

And now he appears ready to back himself for the challenge of making an instant impact at Ibrox, telling the BBC last week: "This [the Rangers challenge] is not just about steadying; this is about making significant progress in a designated period of time."