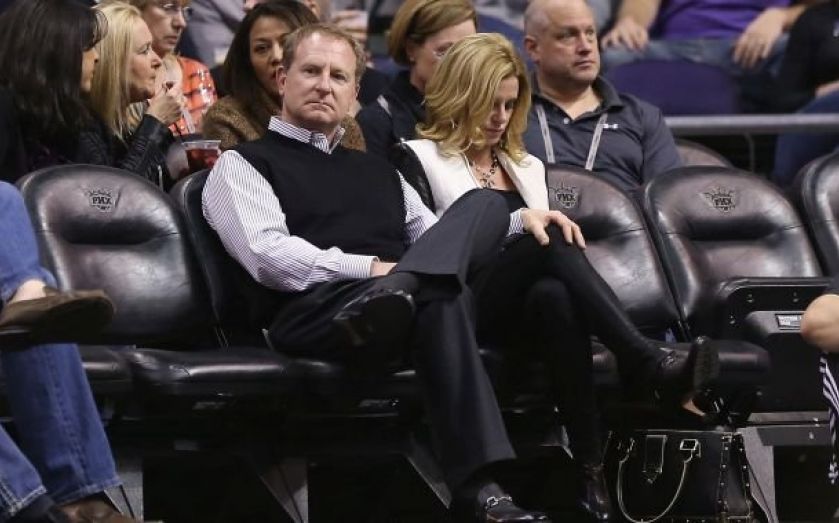 American businessman Robert Sarver has ended his pursuit of Rangers football club after his second offer for the club was turned down this morning.
The owner of NBA franchise the Phoenix Suns upped his bid for the iconic Scottish club last week to £20m from an initial £18m.
However, the Rangers board rejected Sarver’s approach as it did not feel it could find the shareholder approval required for the sale to go ahead.
Sarver said he was “disappointed” by the decision:

I’m disappointed the Rangers board has rejected my revised offer, which addressed the club’s immediate and long-term needs. Clearly the current directors have a different path they want to go down.
I hope for the sake of the club and the fans, who’ve been very warm and supportive towards me, that it works out. I wish the club and fans the best of luck. If they want my support in the future, they only have to ask.

The Rangers board require 75 per cent shareholder approval in order to issue the 100m shares required for the deal.
However, shares in the Glasgow club are divided among a number of parties with differing interests who may be reluctant to hand over control.
Wealthy Rangers fans, including the “Three Bears Consortium” (Douglas Park, George Taylor and George Letham) and Dave King, own around 35 per cent between them and were always unlikely to relinquish control to an outsider. Former Fulham manager Felix Magath purchased a one per cent stake last week, and could be set to join forces with the “Three Bears” group.
The club must raise £8m by April in order to stay afloat, and may look to Newcastle owner Mike Ashley, who was prevented from increasing his 8.9 per cent stake in the club by the Scottish Football Association.
Ashley loaned the club £3m last year in order to help alleviate some of its continuing financial struggles.