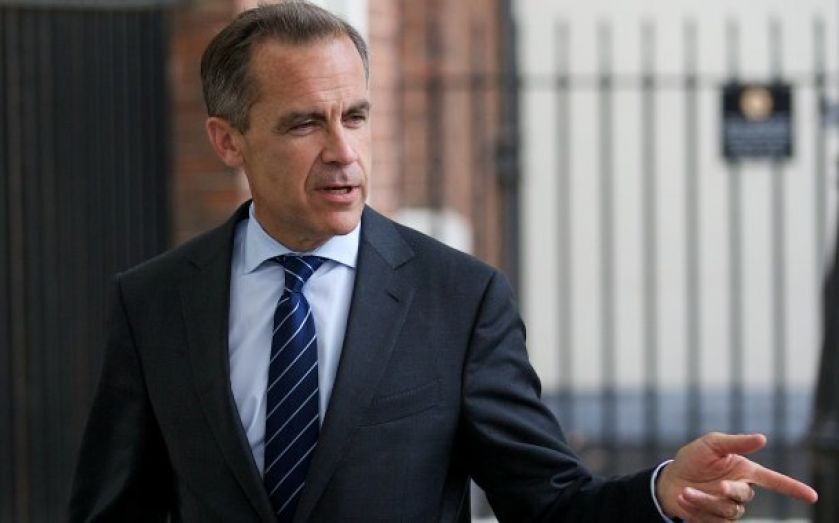 The Bank of England (BoE) has raised its 2014 growth forecast from 3.4 per cent to 3.5 per cent.
However, those hoping for a rapid rise in rates will be disappointed thanks to weaker than expected growth in wages. The Bank now expects earnings to rise by just 1.25 per cent for 2014.
Speaking at a press conference on the BoE's quarterly inflation report, Bank governor Mark Carney said the monetary policy committee did "not have a particular threshold for wage growth". The amount of spare capacity in the economy has also fallen over the last quarter.
Only an hour before the BoE press conference, the Office for National Statistics released data showing pay excluding bonuses was 0.2 per cent lower than the previous year between April and June.
Mark Carney told the press conference that "sustained economic momentum is looking more assured" and that future interest rate rises were likely to be "gradual and limited increase".
Furthermore, Carney said that the "normal interest rates of tomorrow are likely to be lower than those of yesteryear". Replying to a question from Sky's Ed Conway, Carney said market expectations of future rate rises were consistent with a change that would be gradual and limited.
However, if there is one question mark over the sustainability of the recovery it is to the extent to which productivity picks up, Carney said. When asked his views on sterlingisation, Carney said the Bank was preparing for all possible outcomes.
"We have contingency plans but it's never a good idea to talk about them in public apart from  to say that you have them," he said.
Carney has largely based decisions on rate rises on the strength of Britain's labour market, which has been improving rapidly as unemployment keeps on tumbling. The UK's headline unemployment rate dropped to 6.4 per cent in the three months to June, which is down from 6.5 per cent in May and the lowest level since late 2008.
Commenting on today's report, Dominic Bryant of BNP Paribas, said: "In terms of our forecasts, the slight lowering in the inflation profile points to a risk that the first rate hike comes in early 2015, rather than in November 2014 as we currently expect.
"However, if this risk were to crystalise, it is quite likely that the Bank would have to move more quickly than the market is pricing in, given that slack is being eroded more quickly than the Bank previous assumed."