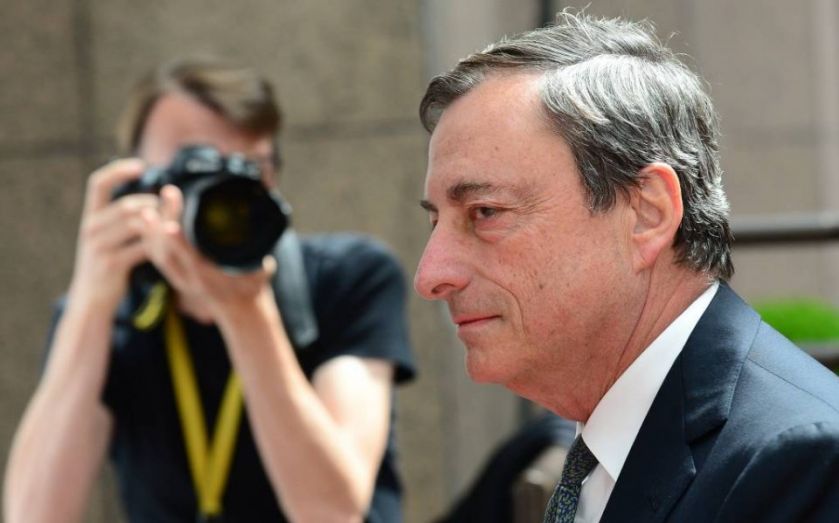 European governments must increase efforts to adopt structural reform if  “lasting stability and prosperity” is to return to the Eurozone, Mario Draghi has said today.
Reforms were needed to avoid future shocks to the system, making resilience “part of our common DNA”, he said in a speech at the start of the ECB’s annual conference in Sintra, Portugal. But they were also crucial to spearhead growth in the currency union.
Arguing that growth was still “too low everywhere”, the president of the European Central Bank warned that structural unemployment could remain above 10 per cent, with youth unemployment even higher. Debt would also be harder to pay off without reforms, he said.
“The euro area’s weak long-term performance also provides an opportunity,” Draghi said.
“Since many economies are distant from the frontier of best practice, the gains from structural reforms are easier to achieve and the potential magnitude of those gains is greater. There is a large untapped potential in the euro area for substantially higher output, employment and welfare. And the fact that monetary policy is today at the lower bound, and the recovery still fragile, is not, as some argue, a reason for reforms to be delayed.”
Instead, he argued, it was a case for implementation.
“If structural reforms are credible, their positive effects can be felt quickly even in a weak demand environment,” he explained. “The same is true if the type of reforms is carefully chosen.
“And our accommodative monetary policy means that the benefits of reforms will materialise faster, creating the ideal conditions for them to succeed. It is the combination of these demand and supply policies that will deliver lasting stability and prosperity.”
There were signs of cyclical growth in parts of the union, he admitted, but these would not “solve all of Europe's problems”.
“It does not eliminate the debt overhang that affects parts of the Union. It does not eliminate the high level of structural unemployment that haunts too many countries. And it does not eliminate the need for perfecting the institutional set-up of our monetary union,” he said.
"But what the cyclical recovery does achieve is to provide near perfect conditions for governments to engage more systematically in the structural reforms that will anchor the return to growth. Monetary policy can steer the economy back to its potential. Structural reform can raise that potential. And it is the combination of these demand and supply policies that will deliver lasting stability and prosperity."
Share:
Tags: Mario Draghi People