Map: Where are Extinction Rebellion protesting in London? 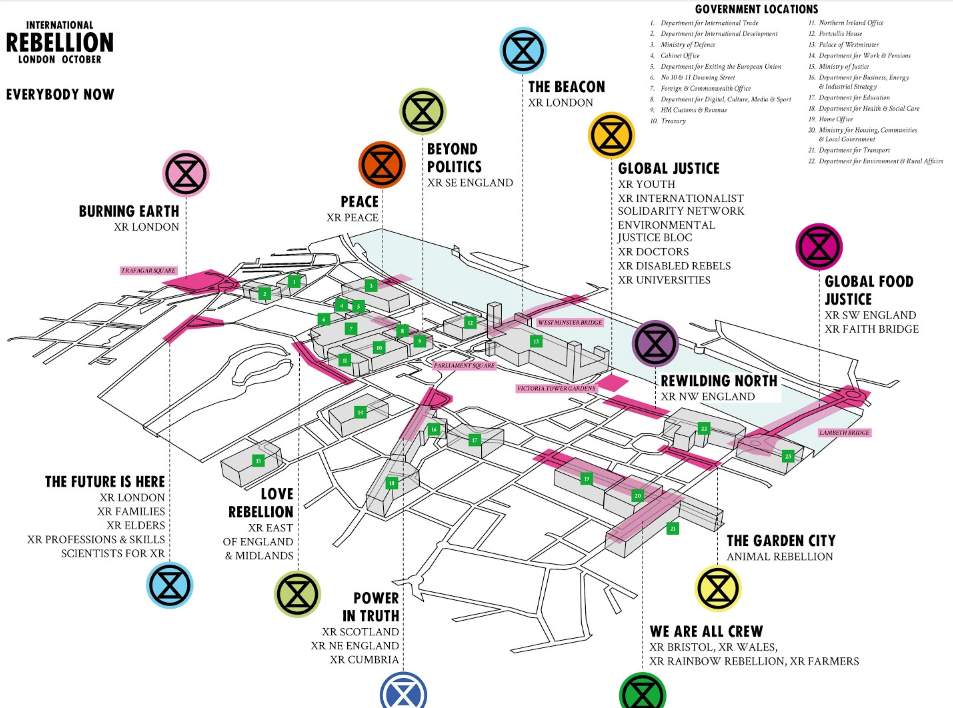 Climate change activists Extinction Rebellion began demonstrations across London this morning, kicking off a fortnight of action targeting the government and the capital’s transport links and financial institutions.

Blockades are planned across the capital during the two-week protest, which is part of an international movement.

Whether you want to join in with the demonstration or avoid the chaos, this is where the Extinction Rebellion protests will take place this week.

Both bridges are closed to traffic after activists swarmed the roads this morning.

Parliament Square is a central hub for this week’s protests. At 6pm on Wednesday protesters plan to hold a procession in support of Extinction Rebellion Argentina and Chile. The march is in memory of 164 activists killed last year.

Activists will occupy and block all government departments around Westminster from 7am on Tuesday and demand to know how they plan to tackle climate change. The group said it will not prevent civil servants from going about their work during the protest.

In pictures: How day one of Extinction Rebellion’s protest went down in London

The protest group plans to hold a “peaceful mass sit-in” at City Airport for as long as possible on Thursday. In a statement activists said they will sit in and around the airport and “overwhelm it with our numbers” and will not use drones.

Around 135 activists have been arrested during the protests so far, according to the latest figures from the Metropolitan Police.

In the second week of the fortnight of action, Extinction Rebellion plans to continue its focus on Westminster while also causing disruption in the City.

The demonstrations follow two weeks of protests earlier this year which saw activists occupy London landmarks such as Marble Arch and Oxford Street.