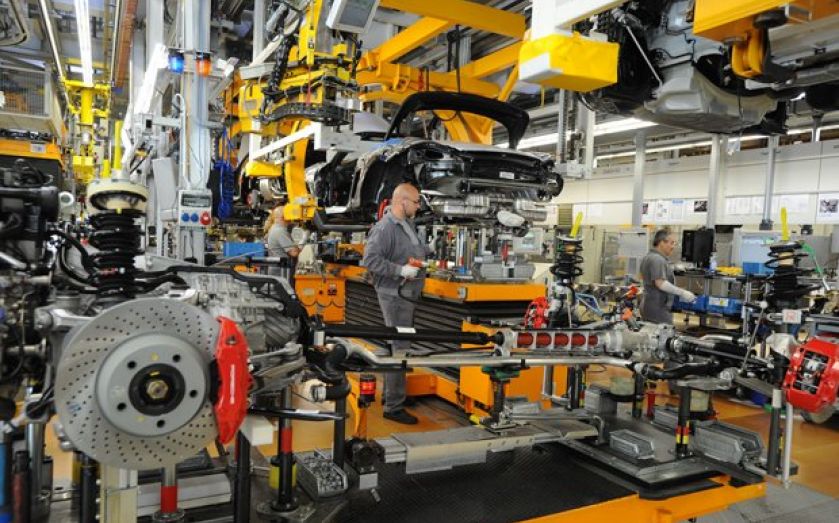 MANUFACTURERS are reporting some of the strongest growth on record, according to the most recent quarterly survey by the British Chambers of Commerce (BCC).

Released today, the report shows some of the strongest balances ever seen by the manufacturing sector, beating every quarter since 1989.

Indexes for employment, cashflow, turnover confidence and operating at full capacity are some of those at the highest levels seen since the survey began more than two decades ago.

In the dominant UK services sector, the BCC’s employment index is at its highest level since 2007, before the onset of the recession.

Business confidence in both sectors is also above pre-crisis levels, with firms expecting stronger turnover and profit in the near future.

The robust results follow on from purchasing managers indicating the strongest quarter ever in services, manufacturing and construction. As a result, the BCC are now predicting growth of 0.9 to one per cent in the third quarter alone.

The BCC’s director general, John Longworth, commented: “It is fantastic to see our small yet dynamic manufacturing sector doing so well, with our results suggesting a recent growth spurt. However, we need to ensure that this does not become an aberration, but rather the norm.”

On the remaining challenges for the outlook, Longworth added: “Investment is still a concern, and if we are to have a high productivity, high skill, high wage economy then this needs to improve.”

Despite the fact that manufacturers are reporting that they are running at full capacity, investment in plant and machinery for factories remains below the levels seen in 2007.

•ADDING to the upbeat economic news, the British Retail Consortium today revealed that UK retail sales were up 2.4 per cent in September compared to a year ago, or 0.7 per cent on a like-for-like basis.

In the three months to the end of September, total retail sales rose 3.2 per cent, teeing up the high street for a strong start to the Christmas rush.