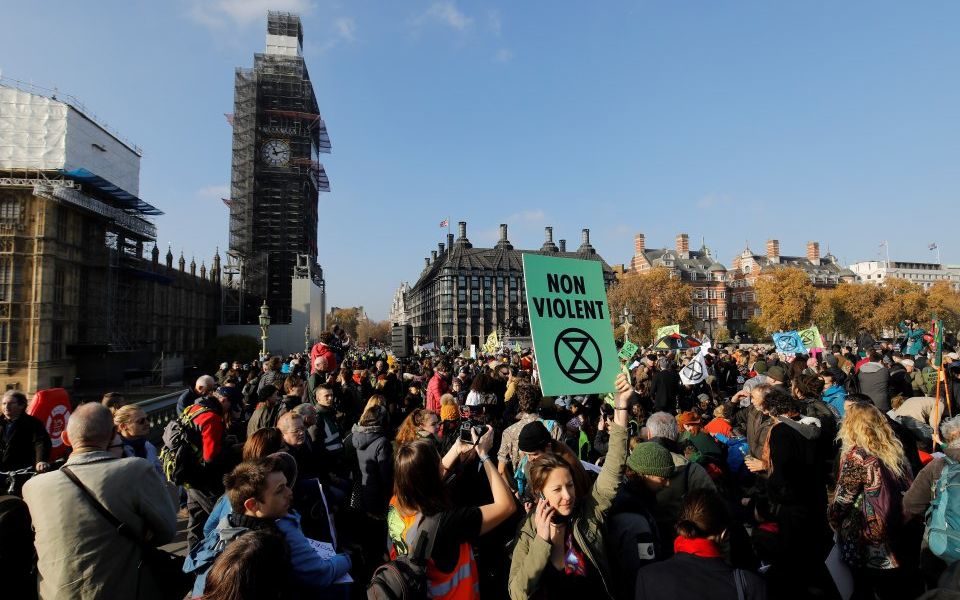 Multiple bridges across the centre of London have been shut down today as thousands of protestors descended upon the capital in an unplanned demonstration to protest environmental concerns.

People began to block cars and buses on bridges across the Thames river from 10am this morning. The protest is set to move on to a demonstration in Parliament Square around 2pm today.

UPDATE: The #ExtinctionRebellion has now closed A302 Westminster Bridge (both directions). Moderate delays on diversion including Waterloo Rbt towards Stamford St eastbound & diverting traffic is slow on A4200 Kingsway. Lambeth Bridge is also v.slow n/bound. pic.twitter.com/Hzp0p080UJ

The protests are part of a campaign organised by Extinction Rebellion, an activist group which wants governments to treat climate change as an ongoing crisis.

The group has declared itself in "open rebellion" against the government, and said it had informed London police and emergency services of the roadblock on the bridges ahead of the event.

We demand the government start taking the climate crisis seriously and implement the policies to deal with it. We need radical change and we need it now. Hear us.#ExtinctionRebellion#WestminsterBridge pic.twitter.com/62DzjeYwsF

Transport for London has warned Londoners to avoid travelling through the area, and has said it will continue to liaise with police on the ground for further updates.

Today's demonstration is part of a chain of civil disobedience events organised by Extinction Rebellion this week across the UK, which have included acts such as gluing themselves to government property and throwing a dance party outside the Brazilian embassy.

The group retains the support of almost 100 senior academics and politicians, including the former Archbishop of Canterbury Rowan Williams and Green Party MP Caroline Lucas.