Maine Tower: More apartment hysteria as another residential skyscraper at Canary Wharf sells out in hours 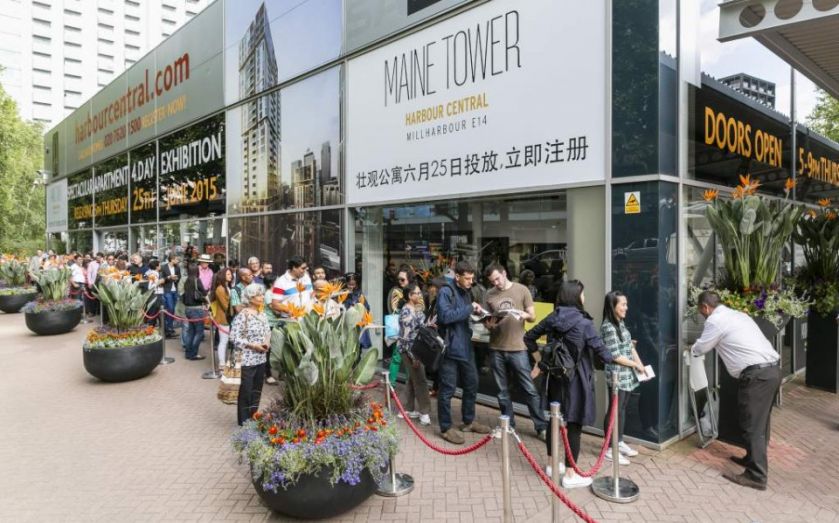 It turns out those working at Canary Wharf are really keen to kill their commute, after 208 homes at a newly-launched residential tower in the district sold out in four hours – a week after buyers queued around the block to snap up homes at another block.

Read more: As first homes go on sale at Canary Wharf, is this the death of the commute?

Galliard, the developer behind the 41-storey Maine Tower, which was launched this weekend, said it made £35m of sales per hour – which it suggested could be a new record for London homes sales. If you're interested, that's £580,000 of sales per minute.

The company reckons half of the buyers were from the UK, with some first-time buyers beginning to queue for the flats 36 hours before the launch – despite the fact the homes are not due to be completed until 2019. And they're not cheap, either: prices range from £350,000 for a studio apartment to £1.25m for a three-bedroom flat.

The tower is one of a number of residential developments in traditionally business-focused Canary Wharf coming to market over the next few months. Last week, buyers scrambled to get their hands on one of 345 flats at Canary Wharf Group's 10 Park Drive scheme.

David Galman, sales director at Galliard Homes, pointed out that "it's not every day in London that a residential skyscraper virtually sells out during a launch".

"The volume and speed of sales… was incredible and shows the confidence that buyers from both the UK and overseas currently have in the London property market."

Buyers' new homes will be close to the City, as well as Canary Wharf (Source: Galliard)