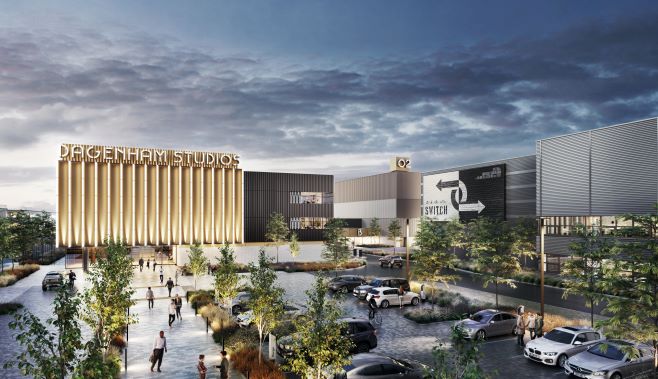 London is set to gain yet another major film studio after plans for a new production complex in Dagenham were approved by mayor Sadiq Khan today.

The complex, which was approved by Barking and Dagenham Council last month, is expected to create 1,200 jobs and contribute £35m per year to the local economy.

“These spectacular new studios in Dagenham East will be a huge boost for the borough, the industry and our city,” Khan said in a statement.

“Our culture and creative industries have been significantly impacted by Covid-19, but our successful film and TV industries can play a key role in our economic recovery.”

The development follows a 2017 study that identified Dagenham East as a prime location for new world-class studio space amid growing demand in the capital.

Since then a temporary studio has been established in the area, playing host to major productions including Marvel’s upcoming superhero film Black Widow and Sony’s vampire thriller Morbius.

The Dagenham project marks the latest in a string of major studio projects in and around the capital as developers rush to meet surging demand for new films and TV shows to fuel the escalating streaming wars.

In April developers were given the green light to build a £250m film complex in Kent providing studio space for streaming giants Netflix and Amazon.

Meanwhile plans have been outlined for the UK’s largest purpose-built studio complex near Reading, while Sky is set to open a new 32-acre production hub in Elstree.

Adrian Wootton, chief executive of Film London and the British Film Commission, said the plans were “fantastic news for the screens sector, for London and for the UK”.

“Prior to the Covid-19 pandemic, the UK screen industries were enjoying record growth,” he said.

“As UK film and TV production safely restarts, I am confident we shall return to those levels, and exceed them, in coming years, playing our part in the capital and country’s recovery.”