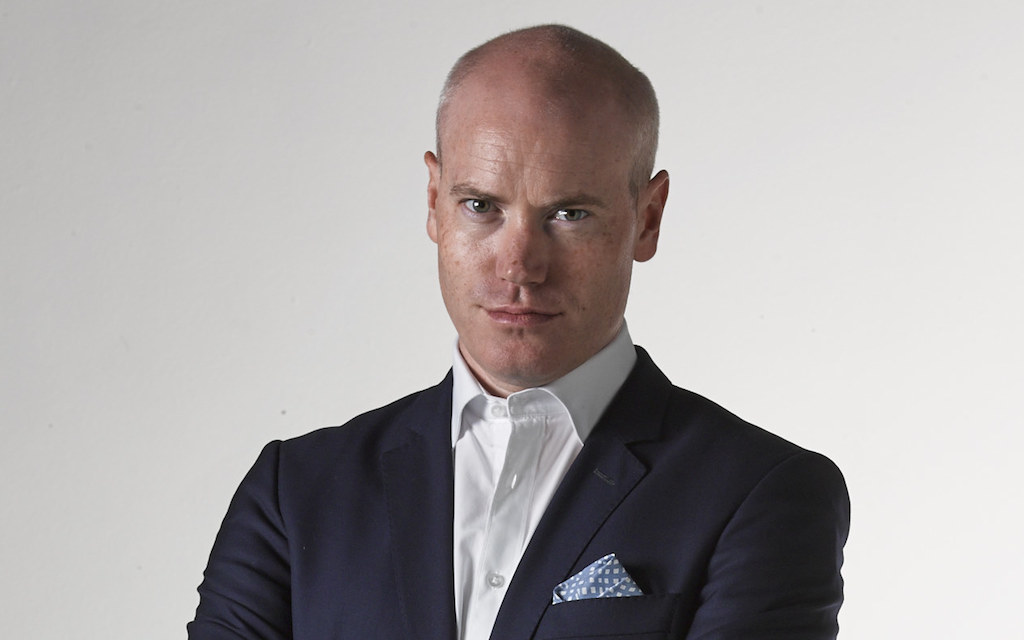 There is something of the Midas touch about Martin Williams. Forty minutes into an interview about his restaurants, M Threadneedle Street and M Victoria Street – currently two of the capital’s trendiest hangouts – he mentions his previous life as an actor. Despite being successful on stage and TV in his early twenties, the on-off nature of the work just didn’t suit the ambitious young Yorkshireman. “I couldn’t handle it. You’d work for six months, then have to do something else. If you’re good at something, you want to be doing it all the time.”

The “something else” for Williams had been working in restaurants, so he decided to try his hand at that. “I progressed quite quickly because, as an Englishman with half a brain in this industry, you’re a rarity. The majority of people doing catering in Britain don’t go on to have a career in management within the hospitality industry. If you do, you stand out.” Within five years, he was with steak brand Gaucho, and ten years on, was its managing director.

“When I first started at Gaucho, the operations manager told me I didn’t know enough about luxury food and hospitality, so I spent those ten years travelling the world and learning about it.” In December 2014, his journey reached new heights with the opening of M Restaurant on Threadneedle Street. “I’d realised that I wanted to do a great steak restaurant that was internationally recognised. But I wanted to create more than a restaurant – it needed to be somewhere that did great cocktails, where people could sit and relax.”

Sitting in restaurant number two in Victoria, you can’t help but feel that Williams has achieved this. The main restaurant is spacious because it’s on two levels, but private booths “like little ears” off the larger space make it personal too. Atop the underground restaurant is M Wine Store. The retail frontage made a shop a necessity, and it somehow brings the whole venue together – probably because of the enormous two-storey column of (full) wine bottles running between the two floors. Both of his restaurants have a private members’ room, and each member has a whisky locker to fill at their discretion.

Design was vital to Williams. He courses through restaurants he’s been to across the globe, and what they taught him. “I loved the theatricality of Matador in Miami… I went to this after party once, and we minions were on the ground floor, then the actors, then producers sitting at the top. How do you create the producer level for everyone coming into your restaurants?”

But criticism and knowing what you don’t want to do has been equally important. “For four or five years we’ve had this trend in London of expensive restaurants that make you sit on old church chairs and expect you to drink out of a recycled glass. The point of going out for dinner is that it’s an upgrade of what you can do at home. Otherwise, what are you paying for?” In M, you’ll find that even the space between your knees and the table has been thought about. “It’s become second nature for me to think about these things, but people should expect nothing less.”

Another crusade for Williams has been ensuring M really knows its customers. “People want to be recognised when they go somewhere regularly. It’s amazing the number of restaurants that just don’t do it. You want to make people feel special, because you appreciate their patronage. The quality of hotels and private members’ clubs has gone up in recent years, but so many restaurants are missing a great manager working the room. Corbin & King do it very well, but I can’t think of many others.”

Williams’ food is itself a unique experience. Under the expert eye of head chef Mike Reid, who oversees what Williams describes as his “dream team”, you’ll find each restaurant’s menu is themed by six countries, selected for their pre-eminent wine and steak. Williams serves the much-sought after Japanese Kobe and Australian Wagyu steaks. To put that into perspective, only 14 Wagyu cattle are slaughtered each month, with the meat of just four coming to Europe.

Over the Christmas period, M Threadneedle Street saw 29 per cent growth year-on-year, and January is set to be the same. But with break-even for the restaurant at £40,000 a month, and £50,000 for M Victoria Street, month-on-month growth hasn’t been easy to achieve. And after so long at Gaucho, where customers follow the name, Williams had to work to get people through the door. “They thought, ‘what is that?’ or assumed it’d be like Gaucho. Then, the multi-faceted element confused them – it took a while for the concept of the mixed venue to settle in.”

But now, people are coming thick and fast. Williams remembers his time at Christopher’s restaurant in Covent Garden. Owned by Christopher Gilmour, son of politician Lord Gilmour, it has long been a favourite of politicos and journalists. “My dad was leader of the Lib Dems in North Yorkshire when I was a kid, and I’ve always been interested in politics, so loved the fact that Boris Johnson, Tony Blair and Andrew Marr would come in.” And Williams is starting to see a similar clientele at M Victoria Street. “We’ve had a few in so far. Enough that I’m thinking about getting a division bell, but I don’t know if seven minutes will be long enough for them to leg it back!”

Pausing on his childhood, I ask Williams what first turned him on to cooking and wanting to own something. “Well, there wasn’t an awful lot to do in North Yorkshire. Saturday night was family night, and one of us would cook and then we’d play boardgames – Monopoly or Risk. I’d always push my brothers out the way and cook, then join the game. So that’s where my ambition comes from. You’re ruling the London property market, taking over the world, and cooking at the same time.”