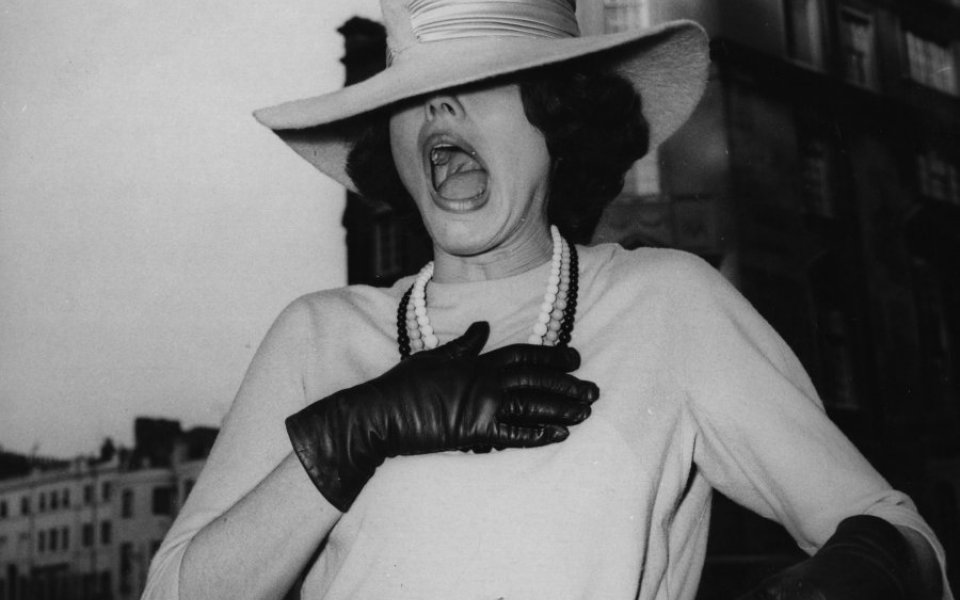 Is this the end of luxury? It's certainly been a tough year for the most luxurious of brands, thanks in part to the slowdown in China, one of the fastest growing consumer markets.

Options trader Banc de Binary has tracked the performance of some of the most high-end brands, including Kering, which owns Gucci, Balenciaga and Saint Laurent, Cartier owner Richemont, and Burberry, and found on average share price in the sector has fallen 10.2 per cent. 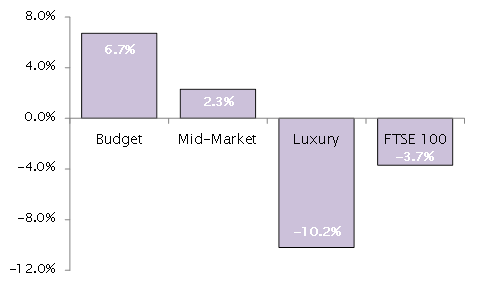 At the other end of the pricetag spectrum, budget retailers, including Greggs, Costco and US budget retailers TJX have seen their average share price rise 6.72 per cent. Greggs is the biggest success story, with a 96.7 per cent increase in share price over the last year. Forget the champagne and cigars, it's all about sausage rolls now.

Read more: Demand for diamonds is falling, and so are their prices

Tiffany and Burberry were some of the biggest losers: their shares have fallen 28.5 per cent and 28.6 per cent respectively in the last year. Meanwhile, Richemont shares were 17.6 per cent, and Kering's fell by four per cent.

Luxury giant Moet Hennessy Louis Vuitton (LVMH) and English leather brand Mulberry were some of the few brands whose shares rose in the last 12 months. Mulberry especially bucked the trend, with a 17.5 per cent rise, while LVMH saw a more modest 3.4 per cent increase.

The main reason is the oft-blamed slowdown in China, and the fact that in 2012 the Chinese authorities began to crackdown on bribery, and the extravagant gift-giving associated with it. Banc de Binary research shows there has been a marked slowdown in the sales of luxury spirts, such as brandy and LVMH's Hennessy cognac, since then.

"China has been a key export market for luxury goods companies like LVMH and Burberry. However, the crash and the subsequent uncertainty in the market have meant Chinese consumers are more hesitant to spend on luxury goods, such as alcohol, jewellery and high fashion," Banc De Binary said.

It also said the fall in oil prices had contributed to falling sales, affecting customers in the oil and gas-rich Russian and Gulf markets.

This comes just as Saxo Bank predicted the luxury sector will collapse in 2016 in the face of rising inequality. It said: "Faced with rising inequality and unemployment of over 10 per cent, Europe is considering the introduction of a basic universal income to ensure that all citizens can afford to meet their basic needs. In a more egalitarian society where other values are promoted, demand for luxury goods decreases sharply – the sector collapses."

Oren Laurent, founder of Banc de Binary, said the rise of budget brands is thanks to successful marketing and the improving-quality of their products. “Consumers won’t just go to the one shop anymore, they are more willing to shop around for good deals. Budget retailers are offering similar quality products for cheaper prices and therefore mid-market retailers need to revaluate what they can offer to their customers.”