Growing up as the daughter of a man who has launched and sold several successful pub chains, Lucy Watson never thought she would launch her own hospitality business.

“I always thought of it as quite a manly industry,” she says. Apart from sometimes working as a waitress in his pubs, her aspirations were fixed elsewhere.

But several years on, things have changed. Lucy and her sister Tiff have both become well-known from their appearances on the reality TV show Made in Chelsea. The sisters have also both become vegans, joining a growing number of young people ditching animal products altogether and searching out places they can eat tasty vegan food.

Meanwhile, dad Clive Watson has been busy. After selling up his previous venture Capital Pub Company to Greene King for £93m, he and two business partners started City Pub Company in 2012. The firm has since listed on the Alternative Investment Market and has a market cap of over £95m. 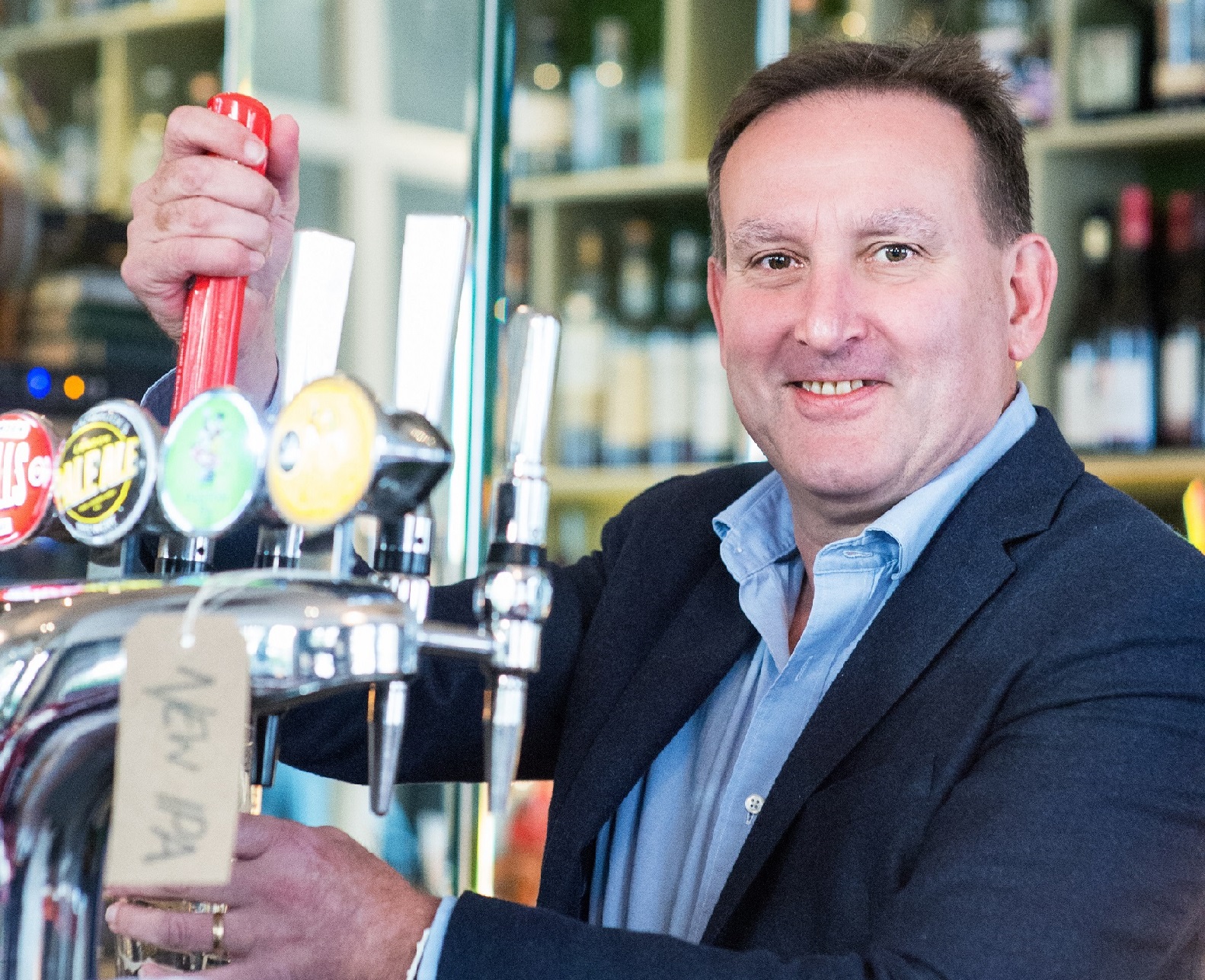 Clive Watson is a veteran of the pub industry (Source: City Pub Company)

So when Lucy and Tiff decided they wanted to start a vegan restaurant together, it made sense for the Watsons to team up.

“Dad has worked in this industry for a very long time and we came to him for advice,” explains Lucy. “He said: you know what, let’s do this together.”

And so Tell Your Friends was born.

In Parson’s Green, a former Strada is now being transformed into the sisters’ vision. It’s an area which is close to home: Lucy lives nearby, while Clive recalls drinking in the legendary White Horse pub. The group is also opening another pub in the area, just minutes from Tell Your Friends.

If you’ve ever been to one of Clive’s pubs – the Cat and Mutton in Hackney, the Nell Gwynne in Covent Garden, and the Three Crowns in Shoreditch are all City Pub Company venues – you will know that they tend to retain a neighbourhood feel that is as welcoming to passers-by as it is to regulars. Several of them have a handful of bed and breakfast rooms tucked away in cosy upper floors.

The plans for Tell Your Friends, set to open in April, take this up a notch. The front has a lean-to extension which floods light into a long dining space, where all-day service will offer guests breakfast, lunch and dinner. In the evening, the bar will serve a wide range of vegan-friendly drinks, while in the daytime it will also sell ready-to-eat sandwiches and smoothies to customers on the go.

Downstairs, Lucy and Tiff hope to use a second room for talks, events, and yoga classes.

But Lucy is under no false impressions about the audience of the restaurant. “I don’t think it’s just going to be a neighbourhood place. Because my sister and I have quite a big social media following, it will attract people from around the UK.” Lucy alone commands an Instagram following of 1.5m people, while Tiff is fast catching up with more than 500,000.

"There’s this stigma around vegan food that it’s not filling."

As well as Made in Chelsea Fans, the restaurant can expect an influx from London’s vegan foodie scene. This fast-growing segment of the market has seen a raft of new openings so far this year, with vegan pub The Spread Eagle opening its doors in Homerton, and vegan fast food joint By Chloe making a splash with its UK debut.

Driving these new hotspots has been a move away from seeing vegan food as uber-healthy and a little bit dull.

“There’s this stigma around vegan food that it’s not filling,” Lucy says. “In the last five years, it’s just switched – we’ve got vegan burgers and hot dogs, you can have whatever.”

This part of her philosophy will also go into the restaurant, which will feature comfort food options similar to the dishes Lucy put in her 2017 cookbook Feed Me Vegan. It’s an approach which she hopes will appeal to everyone, whether they are vegan or not. Whatever the reason for someone trying vegan food – be it ethics, the environment, health, or curiosity – she is happy to see more people giving it a go.

From Clive’s perspective, it’s also a business opportunity. As chairman of a pub group with several urban locations, he knows he needs to keep his finger on the pulse of what young consumers are looking for.

“I think that penny dropped for me very quickly,” he says, recalling an incident when one colleague claimed that “all our customers want is stodge”. For Clive, this was a wake-up call to reassess how the group thought about its food.

“I thought we needed to change our approach, you need to have healthier options.” As a result, his aim is to make the menus across all City Pub Company sites at least 30 per cent vegan. There is also the opportunity to roll out Tiff and Lucy’s concept if it is successful, but with struggling restaurant chains slashing their portfolios, both Clive and his daughters are wary of overexpansion.

“There’s too many of them and the integrity becomes diluted,” he says of the likes of Jamie’s Italian and Prezzo.

“You don’t want to be greedy,” agrees Lucy. “If we have two or three that have a good reputation, that’s a win.”

They disagree slightly here, with Lucy insisting five restaurants is probably the maximum they could open, while Clive sees it expanding to 10 with a possibility of overseas franchising.

Anyone who has seen Lucy on Made in Chelsea will know she can be strong-willed. She and Tiff certainly respect their dad’s knowledge of the industry, but they also know what they want and are confident in their own knowledge of the consumer.

“We take this very seriously,” says Lucy. “We have a passion for the creative side but we’ve also been involved in planning.”

The more you talk to Lucy, and the more you learn about her, the more she seems to have all the makings of a confident businesswoman. She has already launched her own jewellery range, sells T-shirts, and written a cookbook. Tell Your Friends represents a whole new range of opportunities: she and Tiff even have plans to sell merchandise to customers.

Maybe being the daughter of an entrepreneur had a bigger impression than she realised.

Feed Me Vegan by Lucy Watson is published by Sphere, £16.99.