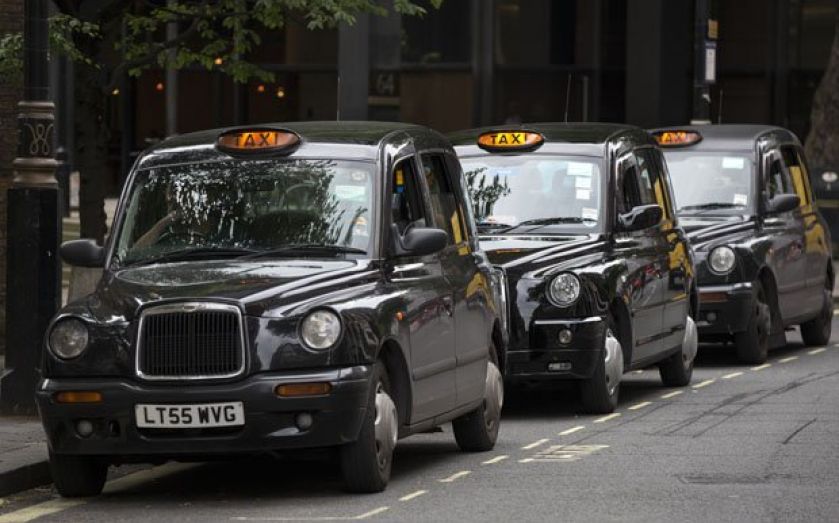 Uber customers can hail a ride using their smartphone, which will show them the nearest vehicle available.

Organised by the Licensed Taxi Drivers Association (LTDA), the protest could wreak traffic chaos across large swathes of the capital. Up to 12,000 drivers will be taking part in the protest, both in London and across Europe.

Kicking off at 2pm, areas that will be most heavily hit by the protest include Trafalgar Square, Parliament Square and Whitehall.

Taxi drivers in Milan, Barcelona, Berlin, Paris and a host of other cities are joining London's black cabs in their denunciation of the four-year-old San Francisco startup.

Taking a rather different approach from London cabbies, drivers in Milan will not be staging a march or disrupt traffic, but will instead set up gazebos at taxi stands and provide the public with information about their grievances.

According to rival app Kabee, the demonstration could cost the capital up to £125m. Kabee reached the £125m by using data already collected by the Centre for Economics and Business Research.

Uber drivers calculate the fare charged to passengers using an app with data about the time and distance of the journey travelled. LTDA's protest is primarily aimed at Transport for London (TfL) for their decision to grant Uber a private hire license.

The LTDA argues that Uber is not compliant with laws regarding taximeters. TfL has held the position that Uber's app does not constitute a taximeter, which can only be used by black cabs.

"We feel that Transport for London has failed Londoners by allowing Uber to operate outside the law”, said Steve McNamara, general secretary of the LTDA.

The union said it will fly a "Cabbies against Boris" banner during the protest.

McNamara's sentiments were echoed by Rail, Maritime and Transport Union general secretary Mike Cash: "The attack on the professional licensed taxi trade by a combination of Mayor Boris Johnson and wealthy global corporations seeking to maximise profits is nothing short of a scandal".

However, the action has been condemned in many quarters as a stand against innovation and consumer choice.

"The cab drivers protesting this week will not be able to prevent technological innovation any more than the machine-breakers of the nineteenth century could stop the spread of the power loom", said Simon Walker, director general of the Institute of Directors.

The Metropolitan police have warned cab drivers they could face arrest if they cause disruption beyond the specified protest sites. TfL recently referred the dispute to the High Court.

Today's protests are the latest in a long string of hostile responses Uber has received from the established taxi industry throughout Europe.

After a strong lobbying effort by French taxi unions, Uber was subjected to the so-called "15-minute" law, which requires taxi apps to wait 15 minutes after customers place a booking to pick them up.

In April, a Belgium court ruling found Uber's operations illegal and threatened €10,000 fines for every ride. The ruling came after a series of protests by Brussels' minister for public works and transport minister, Brigitte Grouwels, along with several taxi companies who had accused Uber of violating regulations.

Berlin was quick to follow Brussels' example, serving the San Francisco-based company with an injunction for supposedly hurting competition. The injunction was brought forward by none other than Richard Leipold, a taxi operator and chairman of the city's taxi association.

Despite the wave of hostility from the established taxi industry, Uber remains highly popular among investors, reaching valuation of $17bn after securing $1.2bn of primary capital in a new round of funding last week.