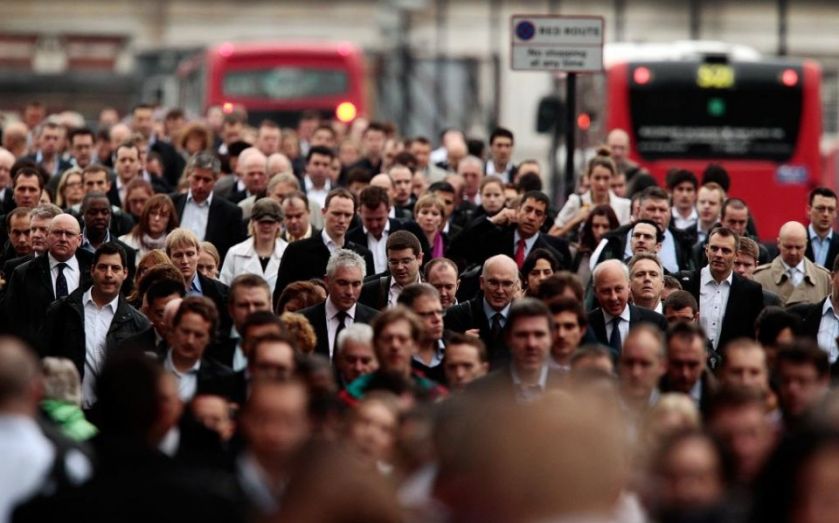 Think your commute to work is miserably long? It’s when you add it all up that it really gets depressing, as new figures show that Londoners spend an entire working week commuting – every year.

The capital’s workers spend 107 hours every year travelling, making it by far the worst commute in the country, according to the latest National Travel Survey. It comes to four and a half full days every year. In other words, if you got on the Tube on Monday morning, you’d arrive to work just before it was time to check out for the weekend on Friday evening.

The East of England, which suffers the second-worst commute, is lightyears behind London with just 71 hours of commuting every year.

The average London commute is 7.9 miles. So we don’t go far – in fact, people in rural areas travel 90 per cent further than Londoners – but as you will be all too aware, it sure does take us a long time to get anywhere.

If you’re fed up of long commutes, the South West is the place to be. Spending just 56 hours travelling every year, the region’s inhabitants have the UK’s shortest commutes.

The European Court of Justice ruled yesterday that time spent commuting actually counts as work. Now, this only affects workers without fixed offices, so your boss is unlikely to start paying you for the time you spend with your nose buried in a stranger’s armpit on the Victoria line. But in a fair and just world, just how much would you be getting paid to commute?

In a year’s worth of commuting, that would clock up to £1,773 – enough to jet off on a relaxing holiday to destress after suffering through all those rush hours.