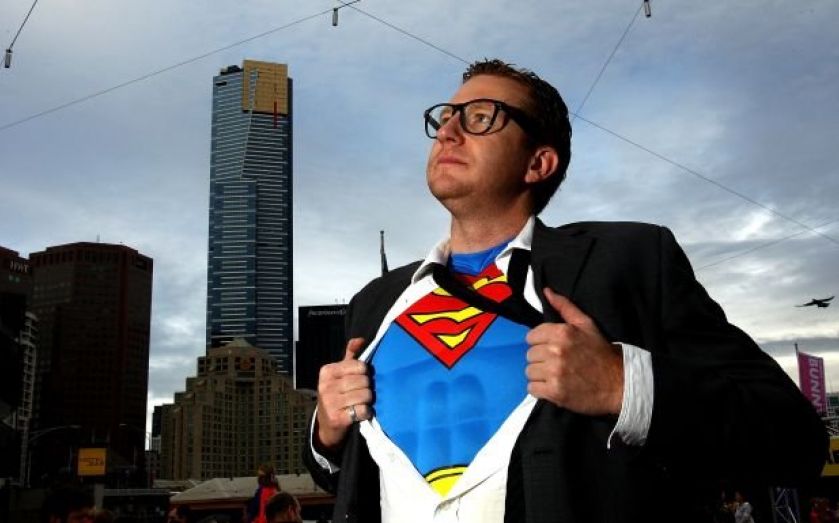 While Batman and Spiderman patrol the streets of New York, London suffers from a serious shortage of superpowered protectors.
But that doesn’t stop its inhabitants from showing a keen appreciation for the legendary beings, with a recent survey of 1,500 Londoners revealing Superman as their favourite superhero.
This was followed closely by Batman and Cat Woman, with Wonder Woman falling into fourth place – all hailing from the US.

What Londoners view as the best superpowers to have while going about their daily lives is a little more surprising – the number one power they wish they had turned out to be an on-body thermostat. Why? So they could monitor their temperature during sticky tube journeys.
In second place came an in-built water repellent for when they get caught in the rain without an umbrella, and in third place was 360-degree vision, to stop them missing anything going on around them (seems Londoners are quite nosy).
Minicab booking company Kabbee, which carried out the survey, has created London's ideal superhero based on what the capital's residents said they want and need.
He is male, blue, and wears an extremely tight-fitting rainproof suit. His hands are covered in “smartphone friendly” gloves, with a back-up smartphone on him at all times for when his phone gets lost or runs out of battery.
But his powers are not entirely selfish – he has a large cape flowing behind him to protect those without umbrellas, and an in-built loudspeaker to encourage crowds to part.
“London’s hero has been created to celebrate the lives of busy Londoners – the real heroes, who, against all odds, succeed in one of the most over-populated and expensive cities in the world,” said Justin Peters, chief executive of Kabbee.