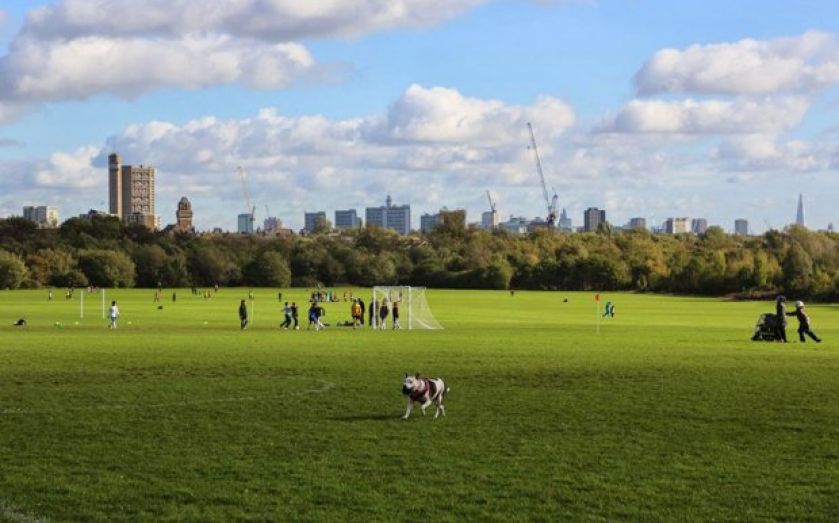 LONDON’s greatest strength is its ability to constantly regenerate. But amid unprecedented levels of development, we must be wary of leaving local communities behind.

Seeing Boris Johnson’s name attached to a project immediately sets alarm bells ringing. The fantasy airport, the over-budget buses, the loss of strategic sites like Earl’s Court and Mount Pleasant. His latest venture is a Mayoral Development Corporation (MDC), based around the Old Oak area of Shepherds Bush in my constituency, which will, in his words, “deliver the physical, social, economic and environmental regeneration” of 100 acres of industrial land.

Old Oak is home to Car Giant, the biggest car dealership outside the US, and many small businesses. But it is principally railway land, and is to be the location of the UK’s major new rail interchange, where HS2 meets the Crossrail, Great Western, Heathrow, Overground and Underground lines. Adjacent is London’s biggest industrial estate, Park Royal, but also Wormwood Scrubs, a unique, wild but well-used open space. The mayor himself has described the Scrubs as “a green lung that provides people and wildlife with the chance to enjoy green amenity space in central London.”

There is general support for the regeneration of Old Oak on the back of HS2. The GLA claims the area can sustain 24,000 new homes and 55,000 jobs. In a city desperately in need of both, this is welcome. But the way the mayor has gone about it is not.

First, there’s housing. Boris has consistently failed to meet even his own modest targets for affordable housing. Against targets of 25 per cent social housing and 15 per cent shared ownership under Ken Livingstone, Boris allows developers to set their own aspirations – usually to have as little genuinely affordable housing as possible, justified by dubious “viability” studies. Schemes in Hammersmith have typically seen zero to 10 per cent affordable homes. And affordable often means a discount of 20 per cent on market sale and rent. Even families on above average incomes can no more afford a £800,000 flat than one priced at £1m.

The Labour council in Hammersmith & Fulham has a different approach. Working with neighbouring Labour authorities in Ealing and Brent, it aims to develop major sites for mixed use, including jobs and homes for local people on modest incomes. It also wants to listen to residents in creating sustainable communities and protecting the Scrubs, which is under threat from Boris’ “mini-Manhattan”.

No one is opposed to this being a strategic site. But the mayor placing it in the same category as the Docklands and the Olympic site says more about his wish for legacy – and desire to override local interests. Despite strong opposition in the recent public consultation, he intends to stack the MDC board and planning committee with allies – developers, City Hall mates and railway interests – who want the maximum development to subsidise their costs.

It is an attempt to carry out in Old Oak what he has done in other areas in Hammersmith & Fulham, at Earl’s Court/West Kensington and White City – building only for the very rich. And yet the surrounding communities of White City, North Kensington, Harlesden and East Acton are among the poorest in London, with a pressing need for work and good quality homes.

We all welcome the regeneration of Old Oak, but it must be in the interests of Londoners, not just overseas investors. Luxury housing for absentee owners should not be the norm, and redevelopment must be for the many, rather than just to generate profits for sovereign wealth funds (the Qataris are said to be interested in this and other HS2 sites). Affordable housing, good jobs and protection of the local environment should be at the forefront of redeveloping Old Oak for the benefit of all Londoners. We should not settle for less.