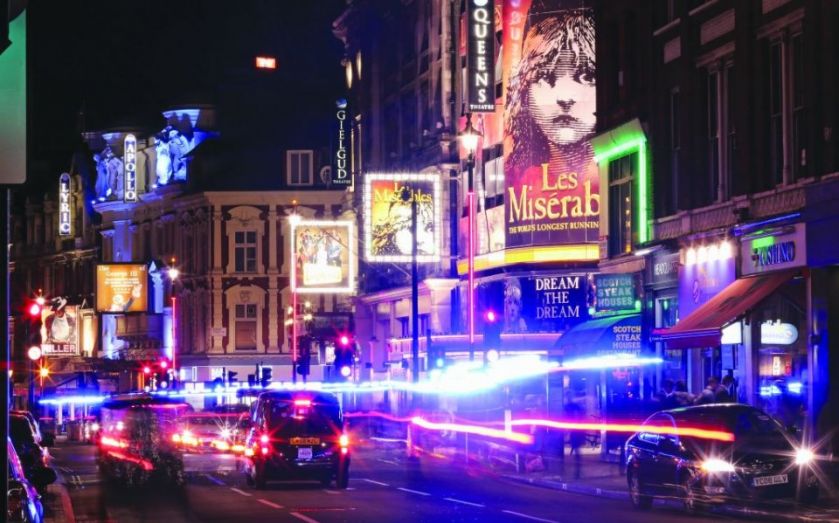 London’s theatres have backed calls for the government to fund a discount scheme similar to the Eat Out to Help Out offer to encourage audiences to return to the West End.

The Centre for London, a think tank focused on the capital, has urged the government to introduce culture vouchers to bring visitors back to the struggling theatre district.

Read more: What are the new lockdown rules as casinos and theatres prepare to reopen?

UK Theatres and the Society of London Theatres, which represent London’s West End venues, said they support the proposal set out in a report by think tank Centre for London.

Central London has suffered a sharp drop in footfall following the UK coronavirus lockdown due to a slump in commuter numbers and domestic and international tourists.

The success of the government’s Eat Out to Help Out scheme, which ended on Monday, has prompted calls for a similar scheme to support venues and jobs in London’s theatre sector.

Centre for London said that 2,700 jobs have already been lost at the city’s theatres.

More than 64m discounted meals were sold during August after the government offered to cover half of the bill, up to £10 per person, on Mondays, Tuesdays and Wednesdays.

A similar scheme for the live entertainment industry would “bring audiences back to venues in London and other city centres, benefit those who are less able to pay, and increase spending in shops, restaurants, pubs, and cafes as well,” Centre for London said.

A spokesperson for the Department of Culture, Media and Sport said: “Indoor performances in front of a socially distanced audience can now take place and we are working with the industry on  proposals for how full audiences might return.

“We also want the public to show they are here for culture too by visiting theatres near them as they start to reopen.”

“Enterprise-zone” style tax breaks for start-ups who move into empty premises were also suggested in the West End Recovery Plan.

Meanwhile, London boroughs were urged to continue to help restaurants and bars operate outdoors over the winter period with shelters, temporary street closures and consolidated deliveries.

Richard Brown, deputy director at Centre for London, said: “London’s West End is at the heart of the capital’s cultural life and the nation’s global appeal, but it has struggled with the slowdown of commuting, the loss of domestic days out, and the pause in international tourism.

“As we look beyond the crisis, we need to make sure that the West End can sustain the rich mix of places, events and venues that give it human scale and character, as well as opening up space for new ideas and new enterprise.”

Read more: For the sake of our economy and our culture, we need to save London’s theatres

New West End Company chief executive Jace Tyrell added: “While we have seen some footfall return to the West End, it is not nearly enough to sustain trade for businesses.

“We need urgent action from both London and national government on issues such as rates relief to support our businesses in a time of low income, public transport and confidence campaigns to help our customers return.”