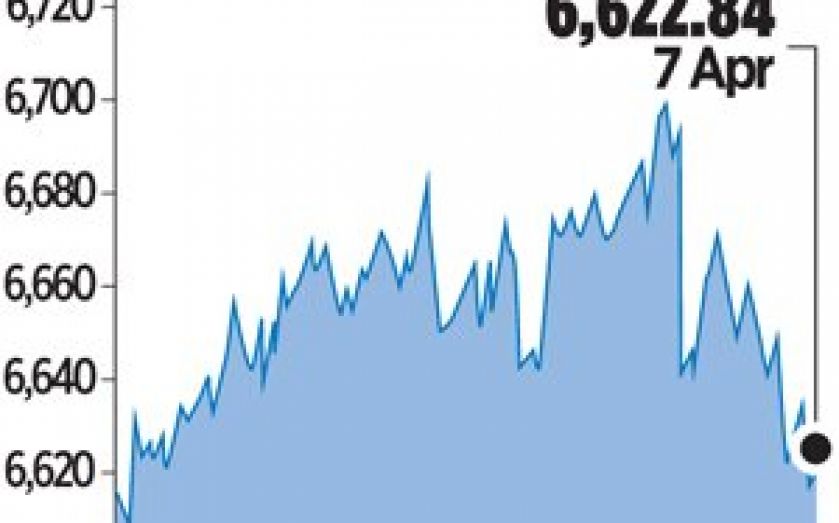 BRITAIN’S top equity index had its biggest one-day decline in a month yesterday, retreating from a three-week high as a drop by housebuilders weighed on the market.

That was the FTSE’s biggest one-day drop since a similar 1.1 per cent decline at the close on 7 March.

Housebuilding and property stocks slumped, even though the FTSE 350 construction and building materials index rose 23 per cent last year and is up around 12 per cent this year.

Traders said the sector was weighed down by reports from the HomeOwners Alliance yesterday and a Sunday newspaper that rising property prices could form a bubble and make homes unaffordable.

“The property and housebuilding stocks are taking a hit on the back of these negative comments about the outlook for the sector,” said Central Markets trading analyst Joe Neighbour.

Concern that corporate earnings were not strong enough to justify the ratings of companies on the FTSE 100 also hurt stocks.

The FTSE 100 is trading on a 12-month forward price/earnings ratio of 13.2 times, compared with a five-year average of 11 times, according to Thomson Reuters Datastream.

“There are question marks about valuations,” said Brown Shipley fund manager John Smith. “This year, stocks have to deliver earnings growth to justify the rating.”

It has since slipped back, amid a slump in emerging markets and tensions between Russia and Western powers over Ukraine, and Smith expected the market to remain trapped in that range in the near-term.

“There is not enough belief at this point in time to push the market higher,” he said.