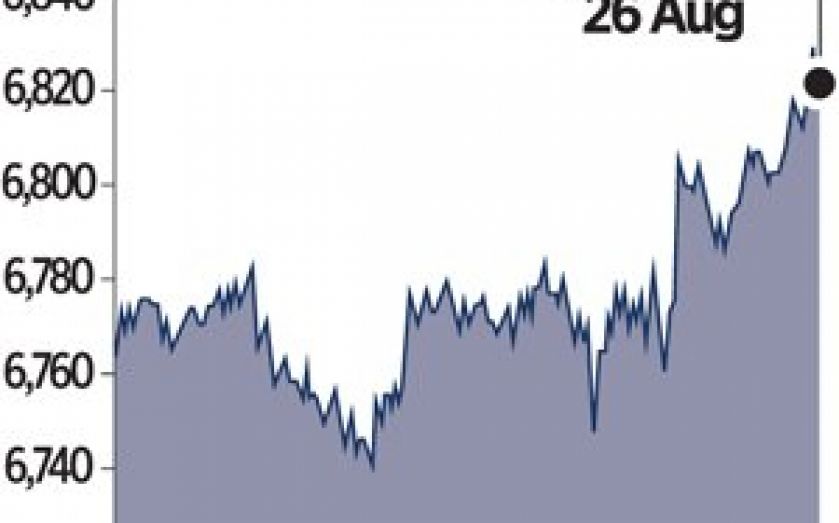 As the FTSE was closed on Monday due to a Bank Holiday, it spent the day catching up with advances in Europe the day before. The rally was ignited by ECB president Mario Draghi, who raised expectations of new stimulus measures, such as quantitative easing, in a speech late on Friday.

Banks were boosted by the talk of possible ECB stimulus, with Barclays 1.1 per cent better at 225.25p.

Airline shares were helped by signs the Icelandic volcano alert was easing, with British Airways owner Intern­ational Airlines Group up 3.50 per cent at 358.10p.

Copper miner Antofagasta missed out on the rally, falling 1.2 per cent to 798.50p, after it posted an 11.5 per cent decline in first-half core profit.